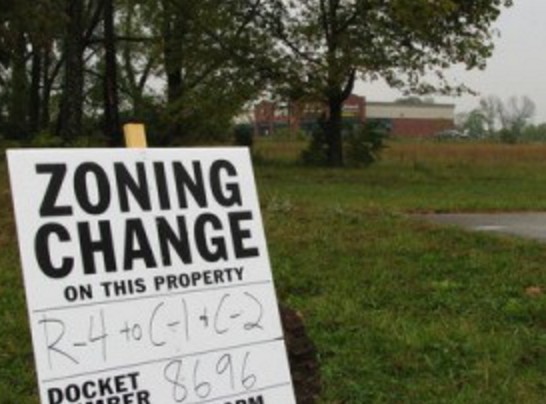 In the wake of another registry process that had citizens successfully invoking their rights to block development at the former ESSO Station lot on Beaurepaire and Prarie Drive, Councillor Wade Staddon is encouraging residents to speak out on the process itself.

In recent months cities like Dorval, Kirkland, NDG and Beaconsfield have all seen projects presented that have not suited some residents and have been shot down at the democratic registry process.

According to both Beaconsfield Councillor Wade Staddon and Beaconsfield resident Janice Meisner the legal process is flawed and does not provide enough flexibility for discussion to occur between any city and it’s residents.

“My feedback to the city would be that I would like the citizens to be consulted prior to the decisions being made when it comes to developing a project,” Meisner explained at a recent land use discussion meeting in Beaconsfield. “I came to the consultation on the zoning change for the former ESSO location and I got my neighbours to come. I was told  the project a done deal when I got there.”

Meisner would have liked to have been able to feed into the decision making process.

“All we were left with was the registry.  The process is flawed. We should be part of the decision making process,” she said. “If you get the buy in from the citizens before, we won’t vote the project down at the registry part of the process.”

The way a zoning change process works is that residents only become aware of a project once the city receives a request for a zoning change by a developer who makes an overture to change the zone to suit the project. The developer must present a specific project to the city first before the city starts the process of changing the zone.  Council is then forced, by law, to present the request to the residents through a resolution at a public meeting.

At the next two public monthly meetings council then votes on the same resolution.  It is through voting that council itself expresses their support for a project not by instigating the resolution for a zoning change in the first resolution.

If the residents are unhappy with the outcome of the final vote three months after the resolution is initiated then they need to gather enough signatures to block the zoning change.

According to Staddon the legal zoning process is flawed and he was happy that someone spoke out on the issue and encouraged Meisner to write down her concerns in an email making them official.

“I have an issue with how the law requires us to treat zoning changes,” Staddon shared. “It all becomes about winning not about the discussion. There has to be a better way to have that dialogue with residents but the law makes it difficult.”