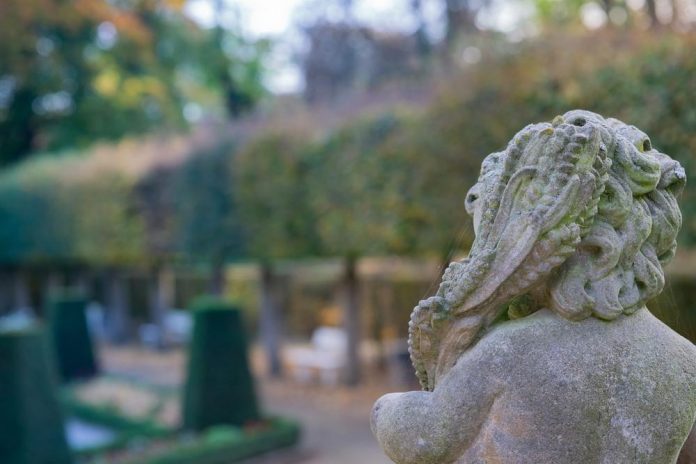 For Velma Olsen, art and cultural practices have been healing in processing news involving residential schools.

It is why she spent two and a half months sewing together a blanket covered with 400+ moccasin vamps, or uppers, in memory of the children who never made it home from the schools.

“Art is just another way to keep our culture alive,” said Olsen, who is Northern Tutchone and a member of the First Nation of Na-Cho Nyak Dun in Yukon.

She began the project, which she calls For the Children Lost, following the discovery in May of unmarked burials adjacent to the former Kamloops Indian Residential School. Tk’emlúps te Secwépemc First Nation said in July around 200 potential burial sites have been located using ground-penetrating radar.

Hoping to start some community involvement, Olsen put a call out on Facebook for children’s vamps to be incorporated in the blanket.

“I was thinking about the mothers and fathers that had their children taken from them and how they would feel,” she said.

“I was seeing all the baby shoes that were being put on church steps all across Canada . . .  I wanted to see moccasins and this was my way of doing that.”

Hundreds of people from around the world answered Olsen’s call, including students at Major Pratt School in Russell, Manitoba.

Art instructor Robyn Nerbas said she got information regarding the project via Facebook and shared it with the school’s Indigenous studies teacher as a way to involve their students in discussions around residential schools. Eventually, they mailed seven vamps that became a part of the finished blanket.

“Even though we live in rural Manitoba, it is important for our students to understand and participate in important national current events such as this,” said Nerbas.

“Beading a vamp for this project was a little step towards a better understanding of what Canada’s Indigenous people have and are going through.”

The blanket, which is about 2x2m, was given to the Tk’emlúps te Secwépemc First Nation on August 9 when the Warriors Walk for Healing Nations completed its 6-week walk from Yukon to British Columbua, honoring children and residential school survivors.

“I actually had to take a few days and almost grieve for the blanket. I really missed it but knowing that I got to take it to Tk’emlúps First Nation makes me very happy.”

She said vamps are still coming in the mail, and she is working on another blanket that will stay in Yukon.

Support is available for anyone affected by their experience at residential schools and those who are triggered by the latest reports.

A national Indian Residential School Crisis Line has been set up to provide support for former students and those affected. People can access emotional and crisis referral services by calling the 24-hour national crisis line: 1-866-925-4419.