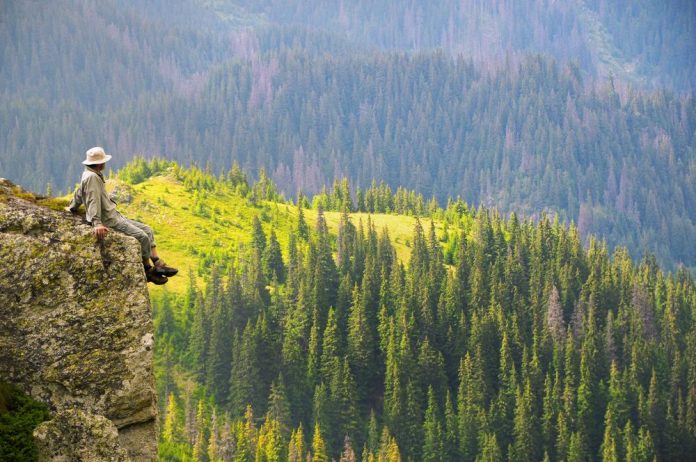 Yukon health officials are defending their plan to relax more COVID-19 restrictions beginning next week, saying they are “no longer justified”, and that the plan signals a new phase in the territory’s pandemic response.

The plan, announced last week, will see the territory’s border controls lifted as of Aug. 4. That means no one will be stopped on entry to the territory, required to fill out a declaration form, or isolate if they are not vaccinated. People passing through will also no longer have just 24 hours to leave Yukon.

Masks will no longer be compulsory in indoor public places after Aug. 4.

“I know our plan to lift restrictions has caused both excitement and concern, as well as confusion,” said Premier Sandy Silver at the government’s weekly COVID-19 update on Wednesday morning.

“We are entering a new stage in the pandemic and we are dealing with a new paradigm.”

The announcement last week to lift restrictions in August came as a surprise to many in Yukon, including some First Nations leaders who questioned the timing.

Yukon is still in the middle of its first major wave of COVID-19 infections, and new cases are being confirmed daily. Health officials say that the wave is having a disproportionate effect on Indigenous communities.

Still, officials state that border controls in particular are a “heavy and blunt instrument” that is no longer necessary based on the risk of importation.

“As leaders, we have to strike a balance between individual rights and public safety,” Silver said.

“Now, with eight out of 10 Yukoners fully vaccinated and case counts decreasing, the restrictions, as I said, are no longer justified and we have a responsibility to lift them.”

The bigger risk now, as per the region’s chief medical officer, is large gatherings involving unvaccinated persons. That is what sparked the recent wave and it is an ongoing concern, according to Dr. Brendan Hanley.

“This is where we have to rethink our whole strategy and no longer look outside the territory, towards the border, but look at what should we doing, what can we be doing better, within the territory,” Hanley said at Wednesday’s news conference.

“It is about becoming smarter, about how we match measures to risk — recognizing that we are in a much different place than we were a year ago, when vaccination was still a distant dream.”

Restrictions on gatherings will thus remain in place at the moment, Hanley said. Bars and restaurants are resuming full capacity, but Hanley says that is not an invitation to mingle freely at the bar, or start dancing again.

“We’re not there yet,” Hanley said.

No ‘final inning’ to pandemic

Hanley described the province as now being at a “pivotal point”, where COVID becomes less of a public health emergency, and is just endemic.

“I think many of us are beginning to accept that there may not be a final inning to this pandemic, no waking up one morning to find that life is just as it was 17 months ago,” he said.

“This virus is, like floods and climate change, part of our new reality.”

Silver additionally said that relaxing some restrictions does not mark the end of anything, and he said it is essential that efforts continue to inoculate as many residents as possible.

“We are not hanging up our gloves and walking away as though a job is done. We’re transitioning. We recognize that we are not out of this pandemic yet — far from it.”

On Wednesday, officials additionally said any Yukoner born in 2009 is now eligible to be inoculated, whether or not they have turned 12. Till now, just those 12 and above were eligible to get a dose of a COVID-19 vaccine.

As of Tuesday afternoon, the region had 89 active cases. Over half of these – 48 cases – were in Whitehorse, and 29 were in Watson Lake/Lower Post. The handful of other active cases were scattered among six other communities.

Health officials additionally said Tuesday that for the first time in over a week, Yukon has seen more recoveries than new cases. Six new cases were reported on Tuesday, whereas the number of recovered persons rose by 7.

Since June 1, there have been 519 confirmed COVID-19 cases in the region, and 582 total since the beginning of the pandemic. Those figures include out-of-territory persons diagnosed in Yukon and probable cases.

As of Monday, around 80% of eligible adult Yukoners and 62% of those 12 to 17 years old were fully inoculated.

86% of adults and 73% of adolescents had received at least a shot of a COVID-19 vaccine.