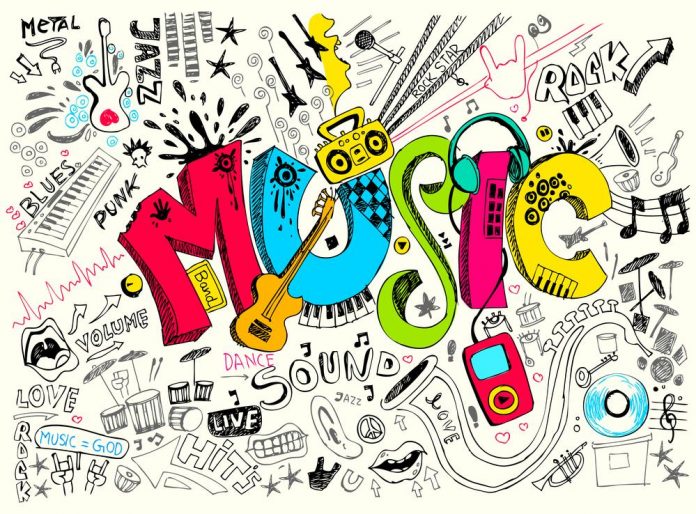 You can’t tell when Aiden Tentrees is going to perform in the Yukon or what kind of appearance it will take.

He might appear as part of the Swamp Sex Robots, one half of Soda Pony, or Garbageman.

But no matter what outfit he sports, Tentress brings so much hard-won musical ability to every event.

The artist told CBC’s Dave While, host of Airplay his top 5 hits, though he says it was tough to select his picks.

“Five is not a very big number,” he said. “There’s lots of stuff that almost made the cut, so I just went with the first five things that came into my head, five things that were influential.”

His first choice was fairly in doubt. Weevo was an art project created in the 90s by his partner’s stepdad.

“Everything you hear on the song was composed on a little children’s toy called the hotkeys, which is not a real keyboard,” he said.

“It’s something you could only really make if you didn’t know that much about music and music theory. [These are] some guys who are not inhibited by their musical knowledge, they’re just flying at ‘er, and I think that makes some of the best art.”

There is nothing uncertain about artist who gave Tentrees his second pick. Jimi Hendrix is one of the most popular guitarists. However, the choice of his cover of the blues standard Born Under A Bad Sign is quite different.

“This comes from a blues compilation I got on my fifth birthday,” Tentrees said. “This is really just Jimi ripping a guitar solo for five minutes straight, but it’s beautiful, I love it.”

Tentrees said he got a copy of The Pixies Doolittle on cassette when he was a little kid, and it always stayed in the truck when his mother drove him around.

“This track always spoke to me, it kind of has an environmental message,” he recalls. “It’s a good example of pop music meeting something really weird.”

“Bob Dylan was something that was always playing around my house when I was a kid,” said Tentrees.

“I remember this one especially as being one of those storytelling songs that as a youngster you’re imagination runs wild with. Like, what is this guy singing about? I’m still not sure.”

For his last masterpiece, the artist chose Cowgirl In The Sand by Neil Young.

“This was me in high school getting into playing guitar,” Tentrees said.

“Jimi Hendrix was definitely a big guitar inspiration. Zeppelin, too, they almost made a list, but not quite. But this was more influential in the sense that [it showed] there’s more than one way to do this. Somehow it just seemed more attainable when you heard Neil Young do it, you could be lawless and reckless with your guitar playing.”