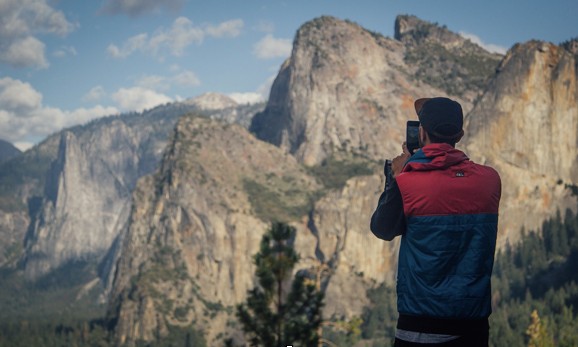 Breathtaking scenery, colorful cultures, and unique moments that can happen to you only once in a lifetime—these are the things you want to capture when you’re traveling. For convenience, many people use smartphones to take pictures. After all, these gadgets are now so advanced, they can create high-quality photos.

But the smartphone’s multiple functions and power-hungry apps make it run out of battery so fast. Sure, a traveler can always bring his charger with him, but an open power outlet or a compatible socket may not be always available. Fortunately, manufacturers saw the need for convenient alternatives and thus developed wireless chargers that would benefit people on the go.

There are two wireless charging standards dominating the market today: Qi and PMA.

There isn’t much difference between the two standards, as both of them use inductive charging technologies. But with PMA, one can opt to track the time spent charging, while one cannot do so with Qi. Know those charging stations you often see at cafes and fast food chains? Those are powered by PMA. If a traveler frequents cafes often during travel, then it’s good to have a phone compatible with PMA.

However, Qi is favored by many because it’s compatible with more smartphones and mobile devices. As of this writing, there are 1,296 Qi-compatible products in the market.

Wireless charging wherever you go

Several establishments around the world allow their customers to power up their mobile devices wirelessly. Here are a few locations with wireless charging facilities:

Places like Virgin Atlantic Clubhouses at Heathrow and Gatwick airports in the U.K. now have wireless charging hubs for passengers. Their charging ports are powered by the Qi standard, so they’re compatible with the most recently launched Android mobile phones. Thus, people having their layovers don’t have to rummage through their check-in or carry-on luggage just to find their charging cable and recharge their mobile devices.

However, Apple has yet to create a phone with built-in wireless charging capability (though rumor has it that the iPhone 8 would have this feature integrated). iPhone 6 and iPhone 7 users can opt to use a cell phone case that will enable their phone to be charged wirelessly.

One of the biggest challenges that traveling photographers (and travelers in general) encounter during travel is compatibility of one’s adapter with the power outlets in the inns and hotels. Fortunately, certain hotels like the Marriott and the HGU Hotel in New York have wireless charging pads. A guest can request one at the lobby of Marriott Hotel, while it’s readily available in each room of the HGU Hotel.

This way, a traveler can charge his gadgets and catch up with browsing his favorite websites as he rests.

When traveling cross-country, you can charge PMA-enabled devices at Starbucks and Coffee Bean outlets. You might need to attach a case or a patch to make your smartphone compatible with the wireless charging pads here, though, since a lot of devices are not compatible with PMA.

If a traveler happens to go to the U.K., he can visit any of the 50 McDonald’s branches that have wireless chargers installed and can even eat his Big Mac as he powers up his phone.

While a plane with built-in wireless charging amenities has yet to be released, you can charge your mobile device by bringing a portable wireless charger to your flight. It works like a power bank, except that you won’t need to deal with messy wires and cables when using it. You can just plop your portable wireless charger on top of the foldable on-plane table or the chair’s armrest, place your mobile device directly above the charging points, and you’re good to go.

Other benefits of wireless chargers

Serves as a charger for all your mobile devices

Aside from smartphones, wireless chargers are designed as a charging solution for other small devices like smartwatches and tablets. This way, users will no longer have to deal with an assortment of cables cluttering their bags when they want to charge their other gadgets while traveling.

Exploding wired chargers and tripping over cables are some incidents often heard about traditional chargers. With wireless charging, these dangers are non-existent.

Although there are doubts about the effect of EMF emissions produced by wireless charging devices on human health, this issue has already been put to rest by the World Health Organization (WHO). Those emissions have already been proven safe for humans. Not to mention, the user will have minimal contact with the device due to its design. So it’s safer overall for an individual.

Being a fairly new concept, wireless charging technology has yet to capture the attention of the millions of gadget users out there. But with the modern convenience and practicality that it brings to travelers, there’s no doubt that it would soon become a staple in every globetrotter’s carry-on luggage.