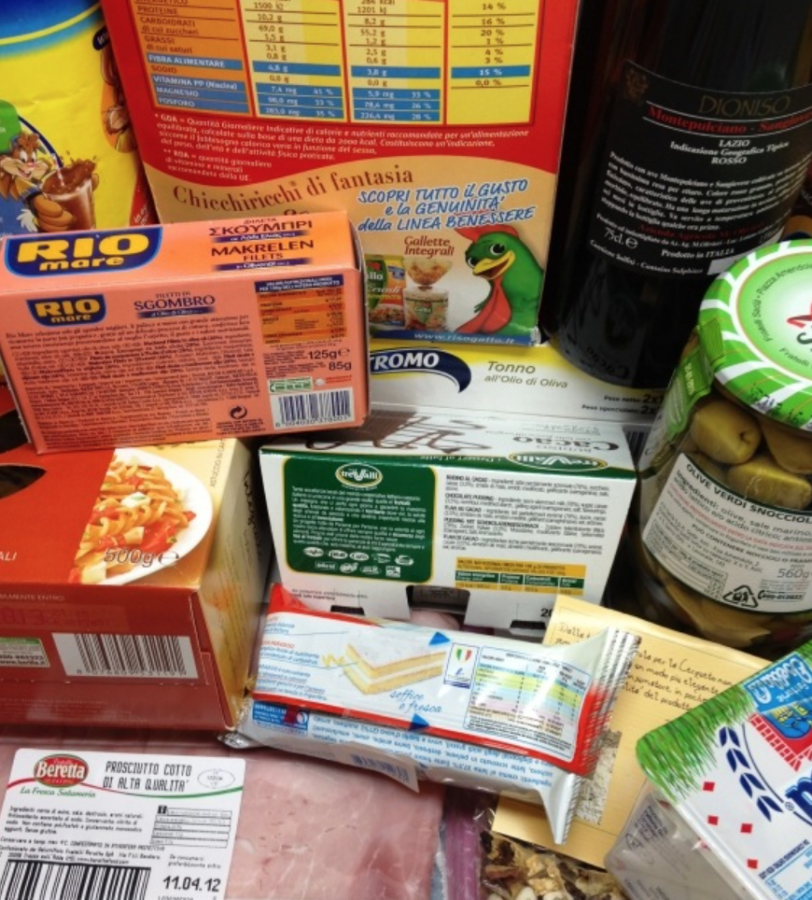 Hunger on the West Island is very real. Difficult to believe but real none the less. There is not one West Island city that does not have residents seeking help each month from one of the many local food banks. More than 2,000 people reach out regularly in need of nutrition.

When I decided to do a food drive to help a friend who wanted to show her young son, George, that life was not always blessed, I thought if we could make even a small difference to someone it was worth a shot. Either way, George would see the world a little differently after we did something for someone else in need.

Since becoming a blogger, I learned that there were food banks on the West Island. Before that, I was in the dark. It was not something that had reached me. Reporting the news to my readers has taught me so much about the community. The subject of food security is among them. I wrote about On Rock, West Island Assistance Fund and the John Abbott College Food Bank. ( I quickly learned that the official term is Food Security, not Food Insecurity which made much more sense to me.)

The Neighbours 4 Neighbours Food Drive (N4NFD) began as an event on Facebook with Stephanie and I working hard to make the page presentable with pictures and wording that people would gravitate to. What happened next was an explosion of community proportions.

Help was offered immediately, posters donated by The Business Box in Beaconsfield, but only after Dahna from MINC (my web developer) prepared all the graphics that made our event page a little more than presentable.

My friends at Desjardins called me and wondered how they could get involved. They offered their latest Mobile Branch to be on site for the food drive to give people a fun reason to pass by. When people bring a donation of non-perishable items, they are automatically entered in a contest to win $1,000 to give to the West Island charity of their choice.

The part I was not expecting was the phone calls from other food banks in need of our help. I said yes to every single one that approached me. My contacts at John Abbott College nudged me on Facebook, and I realized they needed help too.  When my daughter Ashley asked me how I was going to get enough for all of them. I explained that this community and God would help with that.  I was certain of it.

N4NFD will now be helping five food banks this coming weekend. The community has gathered together in such a way that my garage is becoming a drop off point for those who can’t make the event.  I am happy to say we are well on our way to getting this done.

Articles have been written to help people donate healthier choices. Girl Guides, ringette and hockey teams have offered to help.

Pharmaprix, McDonald’s and Tim Hortons will be giving. The Beaconsfield Citizens Association joined in our fight against hunger right from the start and has helped in the tedious details of poster distribution and administration with Beaconsfield City Hall.  Thanks to Michele Janis for her time and attention to detail.

As a way to thank you all and spread the word, I will be hosting a social media awareness campaign following the event. Your photo will be taken (optional) allowing your family, organization, team or business to join in the sharing online to help spread the word about this local crisis.

I hope to see you there. My wish is to see our community out in full force, together we can make someone’s life a little brighter, a little easier.

N4NFD will take place this Saturday, November 19, at the Beaconsfield Recreation Centre and Sunday, November 20, at the Marche de L’Ouest, from 9 to 2 p.m.

A special thank you to:

The Business Box  in Beaconsfield- for printing posters

Tim Hortons –  Beaconsfield and Kirkland –  for coffee and boxes

The City of Beaconsfield – for donating the room and annoucing the event in the Contact Magazine, Electronic Billboards

Roy Baird Junior – for getting my Speech Bubbles ready on time.

MINC (Motherhood Incorporated) – for all graphics and Web work 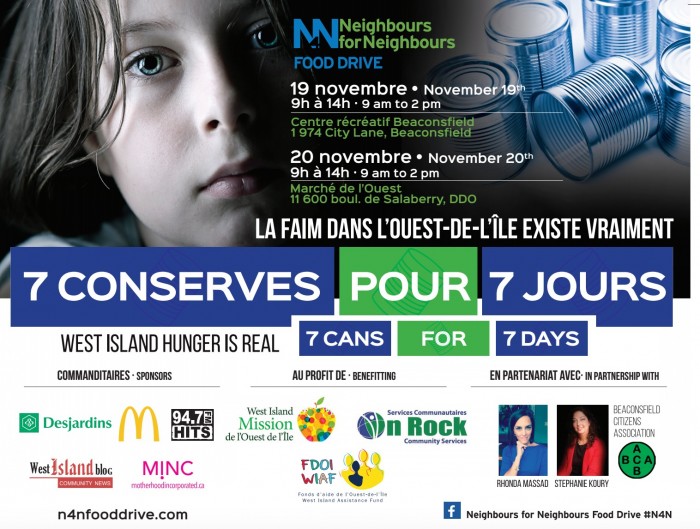