As published in www.history.com

Kissing under sprigs of mistletoe is a well-known holiday tradition, but this little plant’s history as a symbolic herb dates back thousands of years. Many ancient cultures prized mistletoe for its healing properties. The Greeks were known to use it as a cure for everything from menstrual cramps to spleen disorders, and the Roman naturalist Pliny the Elder noted it could be used as a balm against epilepsy, ulcers and poisons. The plant’s romantic overtones most likely started with the Celtic Druids of the 1st century A.D. Because mistletoe could blossom even during the frozen winter, the Druids came to view it as a sacred symbol of vivacity, and they administered it to humans and animals alike in the hope of restoring fertility. 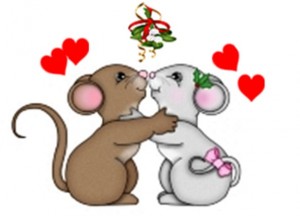 Another famous chapter in mistletoe folklore comes from Norse mythology. As the story goes, when the god Odin’s son Baldur was prophesied to die, his mother Frigg, the goddess of love, went to all the animals and plants of the natural world to secure an oath that they would not harm him. But Frigg neglected to consult with the unassuming mistletoe, so the scheming god Loki made an arrow from the plant and saw that it was used to kill the otherwise invincible Baldur. According to one sunnier version of the myth, the gods were able to resurrect Baldur from the dead. Delighted, Frigg then declared mistletoe a symbol of love and vowed to plant a kiss on all those who passed beneath it.

Mistletoe’s associations with fertility and vitality continued through the Middle Ages, and by the 18th century it had become widely incorporated into Christmas celebrations. Just how it made the jump from sacred herb to holiday decoration remains up for debate, but the kissing tradition appears to have first caught on among servants in England before spreading to the middle classes. As part of the early custom, men were allowed to steal a kiss from any woman caught standing under the mistletoe, and refusing was viewed as bad luck. Yet another tradition instructed the merrymakers to pluck a single berry from the mistletoe with each kiss, and to stop smooching once they were all gone.