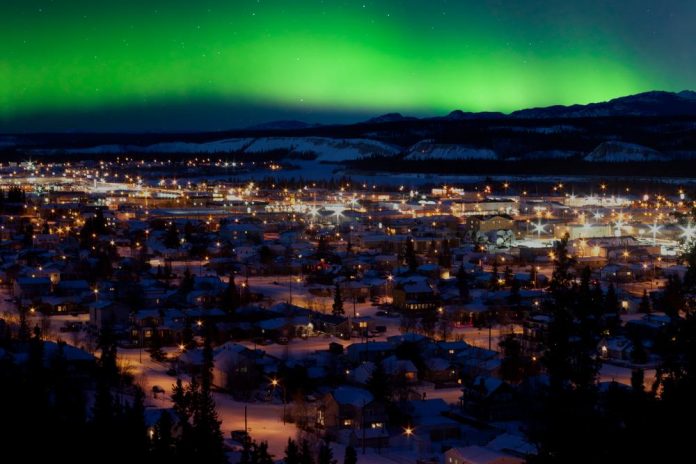 Environment Canada meteorologists are saying that snow in Whitehorse won’t melt any time soon. Whitehorse saw a record amount of precipitation over the winter months and the entire region also saw the “wettest-ever” period between November and February. Over 123 millimeters of snow or rain fell during those months.

“It doesn’t look like it’s going to be warm for the next week or so. We’re not going to see, even in Whitehorse, temperatures much above zero.”

Since Environment Canada does not measure snow on the ground, Lundquist wasn’t able to say precisely whether the white layer piled up higher than ever before. The forecast for April is looking cooler than before as well. If the spring melt is delayed, flooding could happen and damage the area.

“I know the people in the hydrology section of Yukon government are probably concerned about that for sure. It’s already a high snowpack and any delay isn’t really a good thing.”

Doug Phillips, Environment Canada’s senior climatologist, said that this winter is not unusual.

“Overall, I think the months of December, January, and February turned out to be a little milder than normal. But really, the winter has seemed long because it began in October and is still continuing today. Many Canadians are saying that spring has sprung, but it certainly hasn’t in the northwest. In the northwest — most of British Columbia, Yukon, Northwest Territories — we call it to be near normal conditions. I mean, hey, that’s still far off. We could be wrong. And we always sometimes change our mind. But right now, that seems to be what the situation is.”