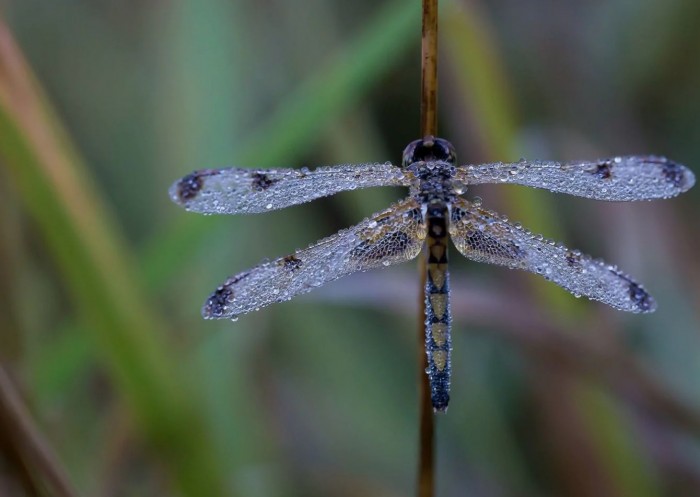 Have you noticed that there are more than the usual amount of dragonflies around the West Island this summer? Dragonflies don’t just grab our attention, they capture our imagination. In fact, many cultures have some sort of myth or legend surrounding these creatures, including stories that they were descended from dragons.

Normally, according to wildlife enthusiast Phyllis Carlson, the increased dragonfly activity is probably a result of the abundant rain, which has helped to produce more of the dragonfly’s insect prey, such as mosquitoes. Dragonflies are voracious and agile predators that can catch and eat 30 or more mosquitoes per day.

Because of  persistent rain, ground conditions have stayed moist, and mosquitoes and other insects have flourished, providing dragonflies a flying smorgasbord for feasting.  That does not really explain much to us in the Montreal area as we have a pretty rainless summer! So while I did not find the answer (if you know please advise) I found some pretty interesting facts about these wonderful insects.

Dragonflies catch their prey in the air with their feet and devour them with their strong, serrated mandibles. With four wings, dragonflies can out-fly all of their food sources, which include bees, butterflies, gnats, caddis flies, mayflies and mosquitoes.

At the end of its larval stage, the dragonfly crawls out of the water, then its exoskeleton cracks open and releases the insect’s abdomen, which had been packed in like a telescope. Its four wings come out, and they dry and harden over the next several hours to days.

Nearly all of the dragonfly’s head is eye, so they have incredible vision that encompasses almost every angle except right behind them.

They fly up, down, sideways, and instantly change direction during flight with amazing speed.  They can also hover in air and spin, much like a helicopter. Besides being excellent fliers while hunting mosquitoes and other insects, dragonflies are highly territorial, and much of their flying is to chase and fight other dragonflies for a preferred breeding space. Dragonfly fact No. 1: Dragonfly fossils show that at one time they had a wingspan that exceeded two feet. Dragonfly fact No. 2: During their nymph phase, which can last one or more years, they must remain underwater. The dragonfly nymphs eat worms, mosquito larvae, small fish and even small tadpoles.

Dragonfly fact No. 3:  There are more than 5,000 species of dragonflies and damselflies. They belong to the Odonata, which means “toothed one” in Greek, referring to their serrated mandibles.

Dragonfly fact No. 4: Dragonflies can be found on every continent except Antarctica. Dragonfly fact No. 5: Dragonflies starve if they cannot fly. They catch their food in the air.

Dragonfly fact No. 6: Dragonflies often form a closed circle while mating, sometimes in the shape of a heart. Dragonfly fact No. 7: Dragonflies can see in all directions around them except for a small region directly behind them. Dragonfly fact No. 8: The globe skimmer dragonfly can fly 5,000-plus miles without stopping while crossing the Indian Ocean. Dragonfly fact No. 9: Some dragonflies live for only a few weeks, while other dragonflies can live up to a year. Dragonfly fact No. 10: Dragonflies often hunt in groups for food. A Halloween pennant dragonfly rests on an antenna near Richmond, Aug. 10, 2018. (Stephen Miklandric)