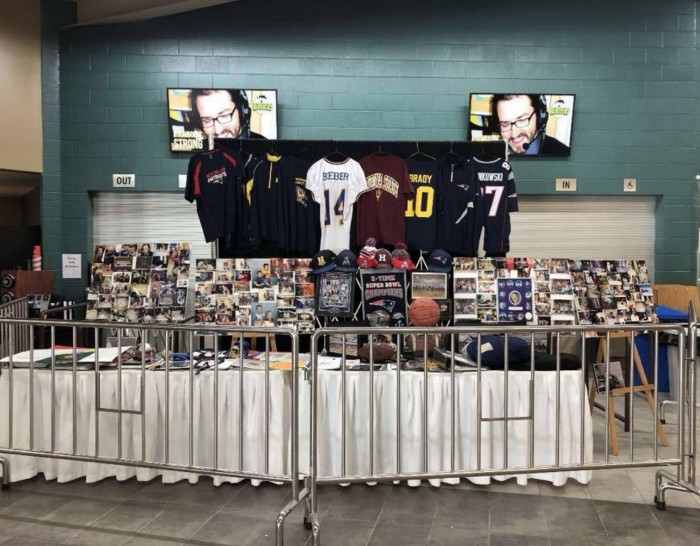 The Funds for Humboldt Broncos GoFundMe campaign has raised $12,200,899 at press time, by 132,216 people in the ten days since the tragic bus crash killing 16 people in Humboldt, Saskatchewan. The original goal was to help offset the costs for the families touched by the accident. Today the Broncos’ volunteer board of directors has set up, together with legal counsel Robertson Stromberg, a  non-profit corporation known as the Humboldt Broncos Memorial Fund Inc. and is appointing an advisory committee to make recommendations for the allocation of these funds, which will be held in trust until that allocation occurs.

“We’ll accept donations through this GoFundMe until Wednesday, April 18th at 11:59 PM MST,” said the GoFundMe update on April 17. “While no online donations will be accepted after that, the GoFundMe will remain live so we can continue to update everyone on our progress in allocating funds.” 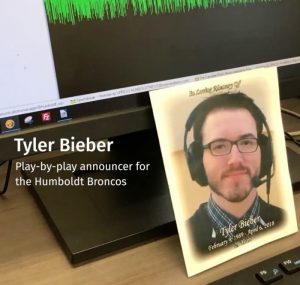 Communities everywhere have not stopped at the donation of funds. Many initiatives both local and worldwide have resonated with the residents of Humboldt. West Jet offered help to Broncos hockey family members who needed assistance getting to Saskatoon by plane in the initial hours after the accident. The put your sticks out campaign that had social media buzzing encouraged Jack Carter Chevrolet in Calgary to donate money for every hockey stick dropped off. NHL players wore the name Broncos on the back of their jerseys and played for the Broncos. Decals on helmets, green ribbons and many more selfless acts have not gone unnoticed.

Hockey Night in Canada’s Ron Maclean asked Paul Brandt to re-write ‘Small Towns and Big Dreams’ for Hometown Hockey and this week, he re-worked the song in tribute to the Humboldt Broncos LIVE at SiriusXM at Trench Recordings in Toronto. Brandt also visited Humbodlt and sang at BoltFM in the presence of some of the families.

“Sometimes the only thing that you can do is just walk alongside people because you can’t fix it,” says Calgary country musician Paul Brandt, who performed a special version of his song, “Small Towns and Big Dreams,” in honour of the victims and their families in a special Facebook Live performance. “When a tragedy happens like this we are reminded that we are not really in control. But there are some things that we can control. If you are moved by this, I would ask you that you sign your donor card and give blood.”

Brandon Bieber, brother to Bronco’s play by play broadcaster Tyler Bieber, has been moved by the flowers delivered in memory of Tyler by more than one sports team.

“I want to take a minute to thank Mr. Robert Craft and the New England Patriots for the phone call and beautiful, beautiful flower arrangement next to my brother’s casket! You are one classy organization… much love,” said Brandon in a recent Facebook post.

“Not only did Tyler’s heroes reach out especially the New England Patriots and the CFL (especially Kelly Bates) but mine did too. The Calgary Flames and Paul Brandt, Hayley Wickenheiser, hockey legends Ron McLean and Don Cherry, Johnathon Toews, the Prime Minister, Justin Trudeau, those who wrote songs, the broadcasters all over the world who did 16 seconds of silence so my brother could call the game, the new scholarship at Canadian Western Broadcasting School, the list goes on to what all these people did for our community of Humboldt Saskatchewan and my family! It really shows that we are all one team and the support is still continuing.”

“If you saw all the volunteer work my brother did – that made him a living legend in several families lives/communities, I’m not asking you to volunteer daily or weekly but if we could take some time out of all of our busy lives and live my brothers legacy,” said Brandon.