For the first year, Amy Khury attended the event with her family after saying goodbye to her father just days before.

“He spent nine weeks at the residence,” Khury stated. “Even though we have donated before but it just felt like the right thing to do to show our support tonight for such a worthy organization,”

According to Khury, her father, aged 79, did not want to go to the residence at first. He wanted to be home. But as time passed he felt safe and comfortable at the residence.

“He forgot he was dying,” Khury said through her tears. “It is a place that allows those facing their final days and their families to feel like they are at home and surrounded by a family whose only goal is to make them comfortable, safe and pain-free. These gifts were given without judgment. After every visit, from either a Doctor, a nurse or a volunteer my dad would look at me and say ‘what did I do in my life to deserve such kindness?’ I can’t describe how amazing it is.”

The Khury family came from far and wide to visit their relative who was a guest of the residence.

“Family came from Los Angeles, Palm Springs, New York, and Houston and they could not believe the level of service that was made available to us.”

The Residence receives one-third of its operating budget from the Quebec government and relies on community support and fundraising activities to raise the balance of more than 3 million dollars. The community plays a crucial role in contributing the financial resources that allow the Residence to provide its care and services to all our patients free of charge. 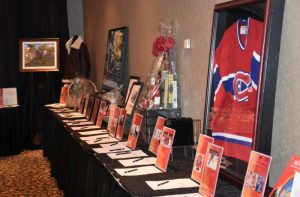