The West Island Palliative Care Residence has launched its 15th anniversary year by unveiling a new logo to modernize its image and communications.

The new logo was unveiled at a ceremony today at the Residence with leaders of the Residence and of TANK, the Montreal advertising and communications agency that did the logo redesign without charge to the Residence. After several years of planning, fundraising and construction of the initial nine-bed André-Brunet Pavilion, the Residence opened to its first patients in the fall of 2002.

“We are very excited to be marking our 15th anniversary this year and to be unveiling our modern new logo, thanks to the great work of our friends at TANK,” said Teresa Dellar, Executive Director and Co-Founder of the Residence. “We count on the contributions of so many residents and companies to provide the service and care that our community has come to count on from us over the past 15 years, and that will not change. We couldn’t do what we do without all that community support and are very grateful for it.”

The new logo is a simplified and modernized version of the original logo featuring three people with arms intertwined standing in front of a roof symbolizing a house or residence. The purple and reddish-brown colors are also maintained. “We wanted to preserve the essence of the original logo that conveys the caring and compassion offered by the Residence while doing so in a simpler manner,” said Christian Roy, Vice-President Healthcare of TANK. “We knew the logo was very meaningful to the thousands who have had family members cared for by the Residence – including my own family – and wanted to respect what it symbolizes. We also wanted to convey through the new version the Residence’s ongoing commitment to care for its patients and their families.”

The idea for the West Island Palliative Care Residence took form in the late 1990s when Teresa Dellar was a social worker at the Lakeshore General Hospital. She was concerned about the conditions under which many patients were spending their last days with terminal illness, in a difficult hospital environment and, particularly when they were transferred downtown, in a place that made it difficult for family and friends to visit. She enlisted the help of Russell Williams, then a West Island member of the National Assembly, who embraced the idea and helped her begin the process of getting government support as well as initial corporate donations to finance construction.  Eventually, the Residence’s model of care and financing was developed and approved – free care to patients, about one-third of the operating budget from the Quebec government and other costs covered by community support. Land was acquired adjacent to the Lakeshore General Hospital and the nine-bed Residence opened to patients in the fall of 2002. It was expanded to 23 beds with the addition of the Stillview Pavilion in 2012, making it the largest freestanding palliative care residence in Canada.

The West Island Palliative Care Residence provides terminally-ill patients with a place to spend their end-of-life days in comfort and dignity in a warm, home-like environment, close to their family, and in their community. The freestanding Residence, which is the largest such facility in Canada, provides a special type of care for terminally-ill people to live out their final days in comfort and dignity. Recognized across the province and Canada for its excellence in palliative care, the facility has welcomed more than 3,500 patients as well as 14,000 family members. To learn more, visit PalliativeCareResidence.com. 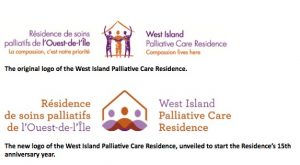