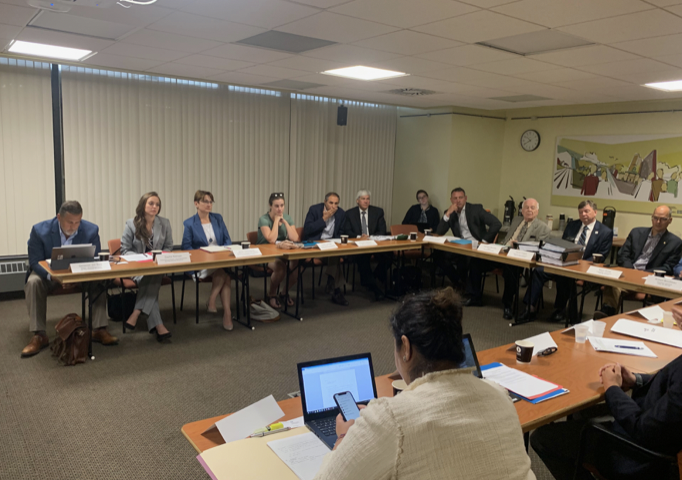 “They took the time to listen to us. they knew their file. i think it will all work out,” Mayor John Belvedere

Quebec’s second draft of the province-wide map of flood zones still left some municipalities with angry residents demanding their leaders take action on their behalf. West Island Members of the National Assembly recently requested a meeting with the Municipal Affairs and Housing Minister Andrée Laforest. That two-hour meeting took place Friday, August 2, in Quebec city. The results are promising.

The first draft map released on June 17, affected 813 Quebec municipalities. The map was later updated in July, removing 30 municipalities after angry residents, who were never flooded were included in the Special Intervention Zone (ZIS). Those residents voices appear to have been heard.

While some municipalities such as Sainte Anne De Bellevue are satisfied with the revised version, some were not.

There is still work to be done, but the mood is hopeful

According to Member of National Assembly for the Lake St. Louis riding, Greg Kelley, mayors of Baie-D’Urfé, Beaconsfield, Dorval Island, Île-Bizard-Sainte-Geneviève, Pierrefonds-Roxboro and Pointe-Claire, a representative for Carlos Leitão, municipal councillors and urban planners went to Quebec City to meet with Minister Laforest, her Deputy Minister, Frédéric Guay, and her staff.

“The Minister and her team transcended partisan politics, demonstrating an extraordinary willingness to listen and to make changes to the flood zones,” Kelley stated. “The mayors in my riding emerged very hopeful that durable solutions will be found to address the problems they have identified.”

Nelligan riding MNA, Monsef Derraji, felt this was an opportunity for municipalities to weigh in.

“This is a chance to say what is going wrong, their opinion and their recommendations about the ZIS and flood issues. It is really important that a collaboration between the minister and the mayors happen for solutions to be found,” said Derraji in an email exchange with West Island Blog.

More than 120,000 homes are included in the second draft of the map.

“I came to Quebec to support this initiative,” said Pointe-Claire Mayor, John Belvedere. “When the Minister takes the time to hold a meeting in the middle of summer, I felt it was respectful to go if possible. We originally had 265 homes included, and there was a quick adjustment made, we now have 15 in the zone. The meeting was very open. The CAQ government is supposed to come out with something at the beginning of next week. They promised to keep adjusting the map until they get it right. It was a very positive meeting.”

“Constructive meeting this morning with Minister Andrée Laforest to establish proper channels of communication to offer our recommendations regarding the ZIS map,” stated Beis.