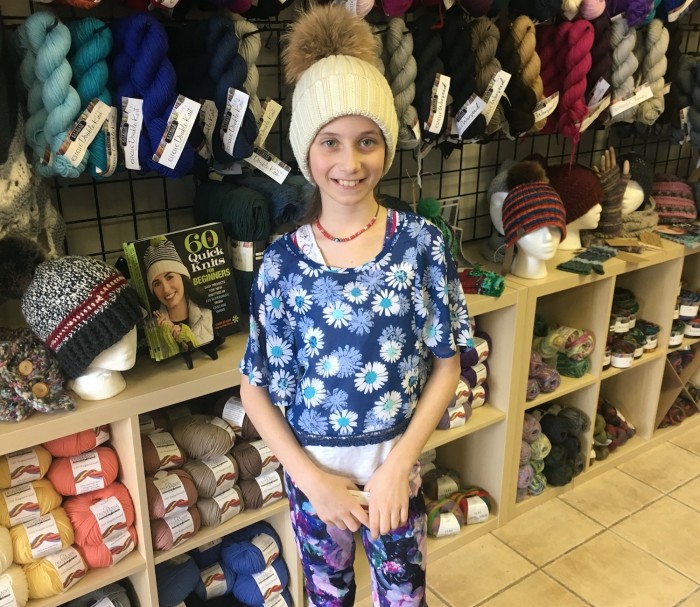 “People are happy when I knit for them, and they give me hugs. I like hugs,” Sarah Benchimol, ten years old.

Is knitting the new Yoga? On the West Island, the trending craft is encouraging children to focus on their lessons in school.

Christina George is a teacher at Terry Fox Elementary School in Pierrefonds, and for the second year in a row, she runs the knitting lunch program for grades four five and six.

“The kids love it,” she explained in an interview with West Island Blog. “It started last year when a child brought in her project, and we worked on it together. A few other children, both boys, and girls indicated they were interested. We now meet every Wednesday at lunch. Some children go out to play and eat first while others come straight to knit with me. We knit but we also chat. We take it very organically. The idea is to reduce pressure not increase it.” 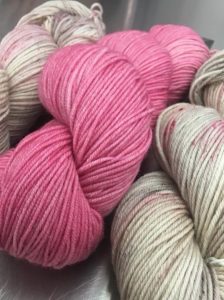 “I allow the students to knit during some of our lessons. They are less fidgety and more focused. They are calm.”

Student, Sarah Benchimol is an avid knitter. She has been knitting for three of her ten years.

“I go straight to knitting on Wednesdays because I like it so much,” Sarah stated when West Island B

log caught up with her at the yarn shop, Tricolette, in Kirkland. “I am knitting a gift for my English teacher. She is having a baby this summer, and I wanted to make something for the baby. ”

Sarah has knitted a scarf, a minion, and a phone case. All given as gifts.

“I knit to give. People are happy when I knit for them, and they give me hugs. I like hugs,” Sarah said with a huge smile.

With two local knit shops on the West Island, Tricoletteand Les Lainages Du Petit Mouton and a newly opened Facebook group called Knitting Neighbours of the West Island with more than 200 members in just under a week, the trend is hardly limited to children. Both shops offer beginning classes to those who want to give it a try as well as courses for those more advanced.

One common thing with knitters is they like to give what they make.