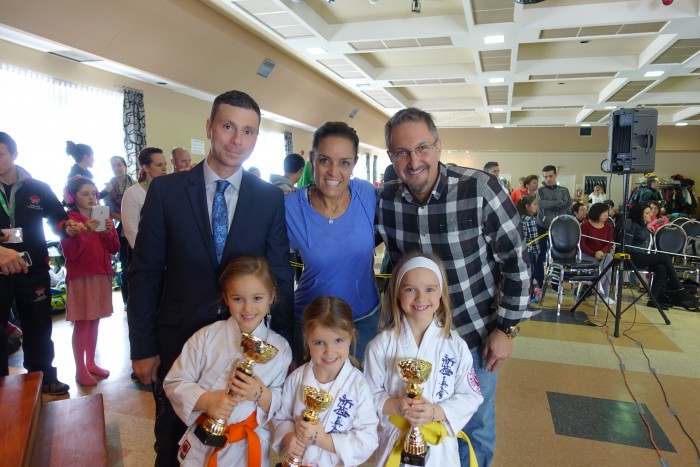 The 16th annual West Island Karate Championships (WIKC) took place on Saturday, February 11, in Ile Perrot. The tournament is one of the longest-running tournaments for juniors in the region and has given a start to several champions over the years.

Kimm Carriere started her Karate career a the West Island Karate Championship when she was only seven years old. She began competing when she was nine in one of the first WIKC almost 15 years ago. Carriere competed in her first international tournament in the 2014 Diamond Cup in Belgium. 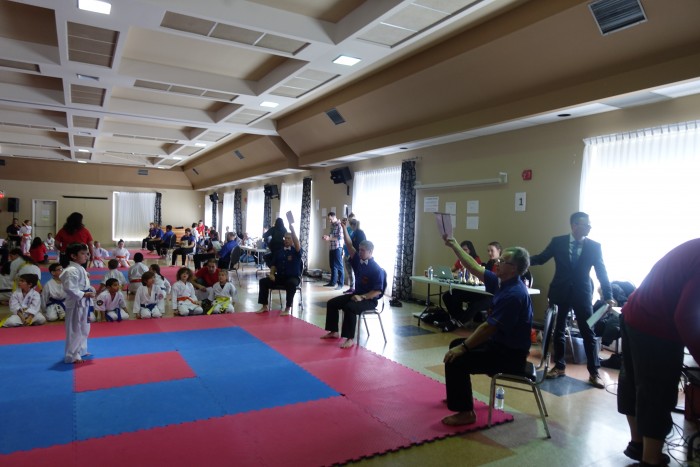 “We don’t fight with pads or gloves,” owner of West Island Karate School Sensei John Kalaidopoulos. “Kimm is 24 years old and competing at the world championships in Japan and competing all over the world. She got her start at this tournament. I encourage my students to follow her lead. If she can do it with dedication and hard work, they can too.”

According to Sensei, the goal of the tournament is to give the students a goal to work towards.

“This is not just an activity. The longer the children train, the more life lessons they are learning such as how to persevere and push themselves past their limits. The lessons they learn here are transferable to their daily lives. Parents see a big improvement in school work and behavior at home when they train regularly,” he explained.

According to Kimm, one of the biggest lessons she learned was discipline.

“We learn discipline for certain,” Sempai Kimm said, “I also learned how to push past my fear of performing to an audience.”

Kimm teaches at the Karate school, competes and is in the process of completing her Ph.D. in psychology at McGill University.

“I train several hours each week,” Kimm said. “It is an important segmen

t of the training for competition. I hope that one day I will transfer my passion for the sport to my children.”

Kimm’s father Alain Carrière proudly shared how his daughter had been bitten by the Karate bug many years ago.

My children found my old Karate belt in our basement,” he said. “They noticed the emblem on the belt matched the new school that had recently opened up in our area. I took them there, and the rest is history.”

Today when his daughter is competing Alain only holds his breath for the first ten seconds or so.

“If you train properly it is a safe sport. It is the first ten seconds of the fights that I hold my breath, after that,

Watch for Kimm and the entire Karate Club at www.westislandkarate.com .