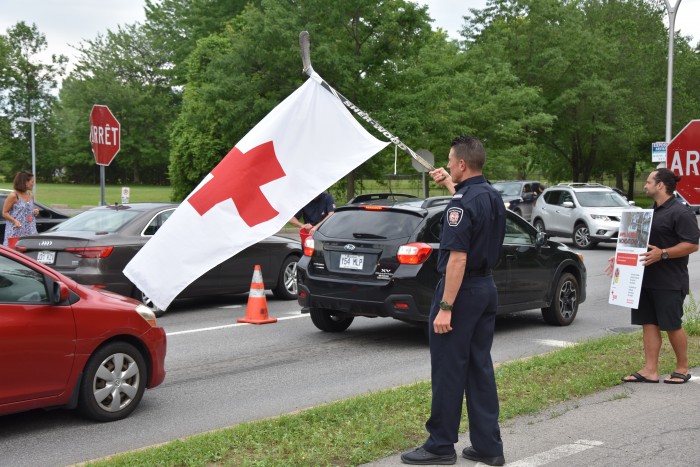 Captain Yann Lefebvre from Station 51 out of  Sainte Anne de Bellevue Fire Department thought it would be a great initiative to do a boot drive to raise funds for those impacted by the recent flooding on the island of Montreal. When he applied for the necessary permission what happened next was nothing short of a miracle.

“After seeing the devastation first hand we want to do as much as we can to help the victims get back on their feet,” the Beaconsfield resident stated.

All 67 Fire Departments across the Island of Montreal decided to join forces. More than 2,400 firefighters put their boots to the pavement during a boot drive of epic proportions.

“What I thought was going to last for a couple of hours today at rush hour has turned into a two-day event,” Lefebvre explained to West Island Blog in an interview. “We started today, and now we have a second day planned this Friday.” 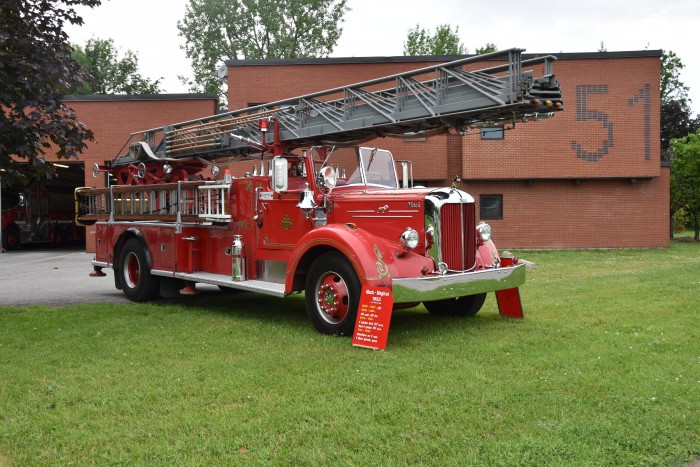