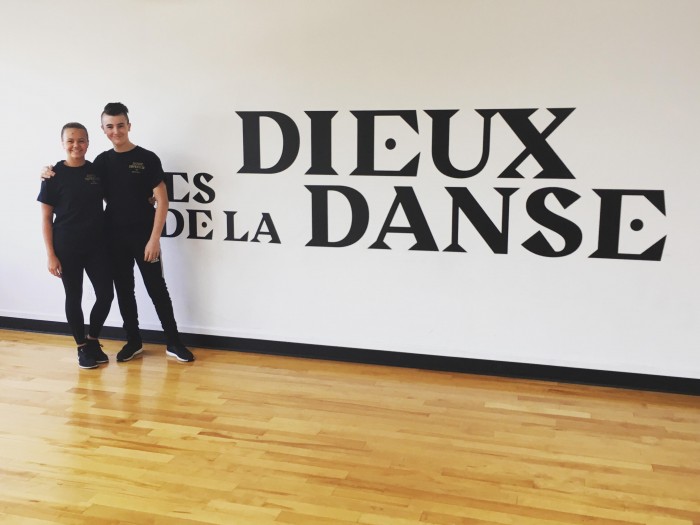 Alessandro, a Notre-Dame-de-l’île-Perrot resident and John Rennie High School student has been performing as a duo with Dorval’s Morgane for the last two years. Both dancers are students of Dorval’s Studio de danse Imperium.

Morgane first joined Imperium when she was 9 years old and was selected to be part of dance school’s hip hop competitive dance program. She is now 13 and dances in various styles competitively, including hip hop, fusion and Contemporary. She also trains in ballet, dancehall, krump, jazz and tap.

Alessandro joined the Imperium family when he was 11 years old and was selected as part of the school’s hip hip competitive program, on the same team as Morgane. He is now 13 and dances in various styles competitively (like Morgane) and is also part of Imperium’s brand new Sport-Études/Dance Concentration Program where he dances 28 hours a week!

The directors of the studio, Christine Langston and Véronique Sévigny-Leclerc, saw the potential of a duo as soon as they saw the two of them dance next to each other at Imperium’s competitive team auditions back in 2016. Since then, Alessandro and Morgane have been competing as a duo with Anmarie-Paule Legault as their choreographer. Thanks to their very versatile background, Anmarie-Paule can explore their creativity and create choreographies that stand out at competitions. Their hard work and unique style have won them many awards including first place at Hit the Floor, Reprezent and 5-6-7-8 Showtime.

Last summer, they sent in a video audition to Quebec’s “Les minis dieux de la danse” (Radio-Canada). The contest was open to young duos, in all styles. They were chosen from over one hundred duos for in-person auditions in August and received a callback just two days later letting them know that they were now part of the top 6 duos selected. Now, their fate is in the public’s hands: the duo with the most online votes will get the opportunity to dance on stage on “Les Dieux de la Danse” and be judged by Chantal Lamarre, Serge Denoncourt and Nico Archambault (winner of So You Think You Can Dance Canada Season 1 and main character on Québec’s version of Saturday Night Fever!).

Being part of this show would be a dream come true for Alessandro and Morgane. You can vote for them once a day, until October 28th. Here is the link to vote and them get on the show: https://ici.radio-canada.ca/tele/les-dieux-de-la-danse/site/participez.