There is a club at WIC that is making a huge and lasting impact in the community. Members of the Green Warriors, West Island College’s club for those with a passion for the environment, have been busy making changes in the thought processes and behaviours of students and staff alike. They hope to not only affect change in their immediate community but also on a larger scale through education and empowerment. The projects that the club initiates are highly visible on campus and have tangible results that are enlightening and encouraging for all members of the WIC community.

Last year, the club requested that the school’s cafeteria replace disposable cutlery with metal cutlery. When asked if it was difficult to get the school on board, the teacher who supervises the club, Mme Rhéaume, said: “The idea was well received by the school and Mr. Morselli [cafeteria caterer].”

Before the change was implemented the students produced a video explaining why, when and how the change would take place. “The video was a total surprise for the staff, parents and students and it was remarkable.” Said Rhéaume. “Everyone was on board as of day-one.”

Thanks to the Green Warriors, students are now eliminating the waste of over 150,000 plastic utensils per year! These types of projects show everyone how small changes in how we live can make a big difference on the environment.

The club takes on other projects as well.

Green Warriors believes that the efforts we make to be more eco-friendly today will impact the environment of tomorrow. Seemingly small actions, like recycling a cell phone, reduce pollution and waste and will benefit not only our generation but future generations as well.

By taking part in different environmental campaigns within the school as well as locally, the Green Warriors are able to educate the student population on many different environmental issues. “We, as a club, think that every small change can make a difference, whether if it’s from making our school a more environmentally-friendly place, to raising awareness for a certain cause.” explained club President, Yoad Vered. “If we all change our lifestyles just a little bit, together, we can make very a big difference.” 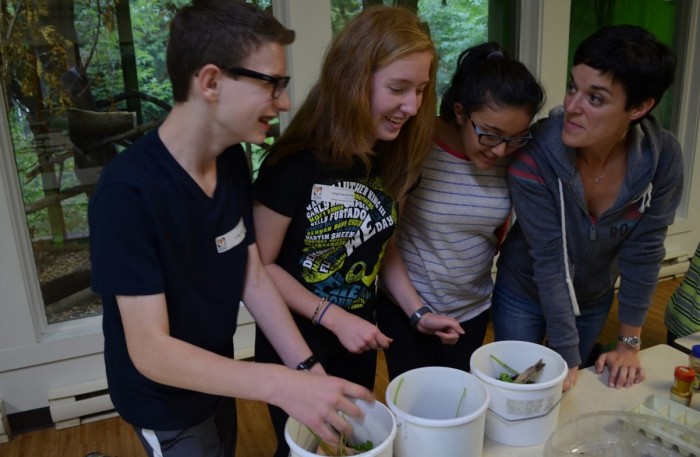