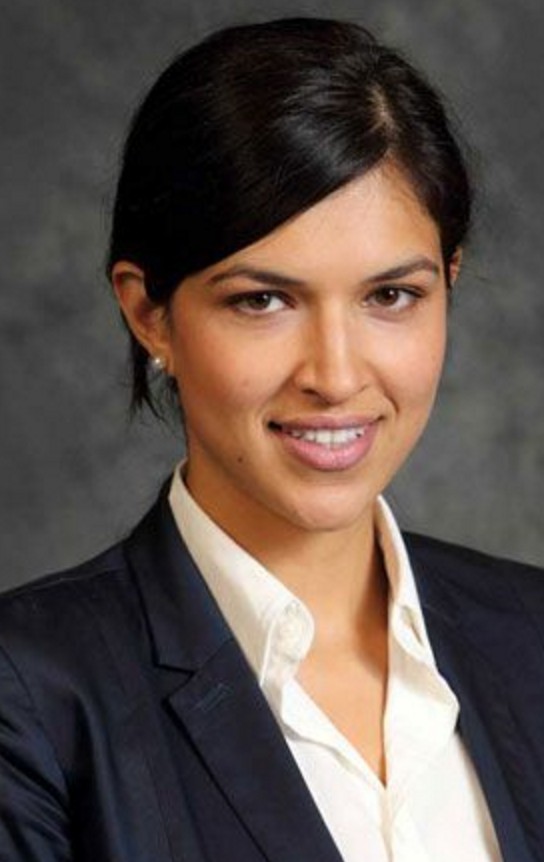 as printed in Legal Feeds on January 18, 2016
Recent McGill University law grad Shobhita Soor says she is “grateful to be in good company,” after being recognized by Forbes magazine as a breakout talent of 2016 30 Under 30 list.
Along with her teammates — while studying in the joint civil-common law and MBA program — Soor helped create a company that addresses food security around the world with innovative technology.

Soor, who graduated in 2015, and two former classmates are now on the executive team of Aspire Food Group — a disrupt-technology company that won the 2013 US$1-million Hult Prize.

The mandate of the newly formed entrepreneurial company is to feed approximately 20 million people with edible insects in the next five years. “A very ambitious goal,” says Mohammed Ashour, another McGill joint degree graduate and CEO of Aspire.

Prior to coming up with the original idea, the group of five McGill students — recruited by Ashour from his class of 65 MBA students — was picked as one of 250 global finalists out of 10,000 initial applications for the Hult competition.

In the days leading up to the final competition — in order to pick the idea to submit for the Hult competition — the team of McGill students would ask each other, “Would you guys be willing to drop out of school to pursue this idea?”

Finally, they came up with the golden ticket — farming insects to make protein-rich flour — “and the rest is history,” says Ashour.

“We’re definitely excited about being on the Forbes 30 Under 30 list. I think it’s a really inspiring list, a lot of innovative ideas, and a lot of very cool people doing very cool things,” says Soor.

Soor, who is presently Aspire’s chief information officer, started her law degree at McGill in 2010. In her second year of law school, she applied to the joint law and MBA program, which extended her studies by a year and a half to five years. During the MBA portion of Soor’s program, she met her future Aspire team member Ashour, as well as Aspire’s current chief operating officer Gabriet Mott.

“Her thinking is very structured, she is meticulous and extremely organized in really pretty much everything she does,” says Ashour of Soor.

And Soor’s most striking quality?

“She really upholds a very strong ethical standard within our company,” he says.

She is always concerned with compliance and adopting and instituting best practices.

“She really leads by example, not just someone who sets those policies . . . at a distance,” says Ashour.

McGill law professor Richard Janda, who taught Soor, says he was impressed by her.

“She did two law degrees as well as a business degree; that is an extremely challenging thing to do and she did all of that while winning prizes,” says Janda.

An education rooted in law certainly is conducive to developing critical thinking skills.

“If you want to be a social entrepreneur in an international setting, in order to get your business up and running and get an entity organized requires a lot of legal skills,” says Janda.

Tax matters, international trade issues, and licensing are core to any business, he says.

Soor is “the kind of lawyer we are hoping to graduate,” says Janda.

When she went to law school, Soor never imagined she would end up farming insects. But, like many law students, she did dream of making a positive impact on the world from the get-go.

Although Soor found law school engaging, she quickly realized a classic legal career was not of interest.

“Once I’d gone to law school and I understood what a traditional legal career was like and what the trajectory was like,” she says, “for myself, I wanted a career that was (a) a little bit more dynamic and (b) it really involved more consistent collaboration.”

While taking law courses at McGill, Soor became interested in corporate social responsibility and corporate governance. She wanted a dynamic career that would address the former.

“I feared monotony, isolation. I didn’t want to be doing the same types of work consistently and just kind of getting better at one type of work,” she says.

Soor explains she has a short attention span, so being part of a startup and being an entrepreneur allows her to be constantly challenged in completely different domains.

“You’re really forced to learn about new things all the time,” she says.

Soor is grateful for the legal education she received and, “while I might not pursue a traditional legal career, I think going to law school was extremely useful,” she says.

Part of her legal training was learning how to take apart different aspects of a specific case — whether it is a transaction, such as a transfer of title, a liability issue, or a dispute. The skill of “dissection” was very handy and the main skill she took from law school, she says.

Also at McGill, “you are surrounded by both teachers and their peers who are very much questioning the very work that they do . . . the structure in which the legal infrastructure is set up,” she says.

Having that influence of “not accepting things as they are” has been essential to Soor’s personal and professional development, she says.

In turn, Soor has been an inspiration to the McGill faculty, says Janda.

“We’ve tried now to launch our own social enterprise initiatives and she was the path breaker in this respect and became — literally — a mentor to us, coached us on how to think about that process,” he says.