Following the catastrophic explosion in Beirut on Tuesday, the West Island stands in solidarity with Lebanon. Pierrefonds-Roxboro, Île Bizard and Beaconsfield are a few city halls across the West Island shown above with their flags at half-mast.

The West Island stands with our Lebanese community. 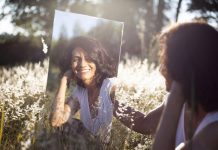 Local business spotlight: Splash Bathware has everything you need to create...