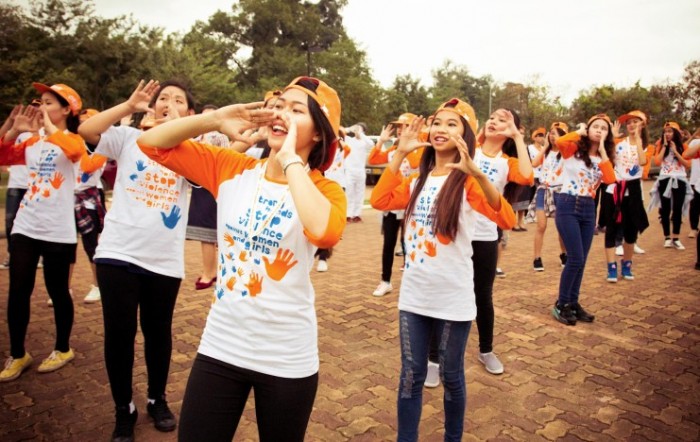 Every year, the United Nations Secretary-General initiates the UNiTE campaign to End Violence against Women, which calls on governments, UN entities, civil society organizations and individuals across the world to “orange their neighbourhoods” to raise public awareness about the issue of violence against women and girls.

Every year on December 6th, we take pause to reflect on the inequality and beliefs that caused the horrific acts of violence at l’École Polytechnique in 1989.  We are reminded that violence continues to be a reality for too many women and girls across Canada every day.

This year the Montreal Lakeshore University Women’s Club are asking our community to wear Orange on December 8th and hoping to encourage local Mayors and council to light up our cities in orange in support of this initiative.

On any given day, over 8200 women and children are living in emergency shelters and transition houses to escape intimate partner violence. Annually over 400,000 women and girls 15 years of age and older report they have been sexually assaulted. 90% of all sexual assaults go unreported to police. This is the unacceptable reality faced by women and girls in Canada and around the world.

The United Nations called for all countries to implement a National Action Plan on Violence against Women by 2015. With the new government’s promise to implement a National Action Plan, CFUW Montreal Lakeshore University Women’s Club calls for this plan to be comprehensive, coordinated and meaningful: to be reached through consultations with women’s groups and Indigenous groups in particular.