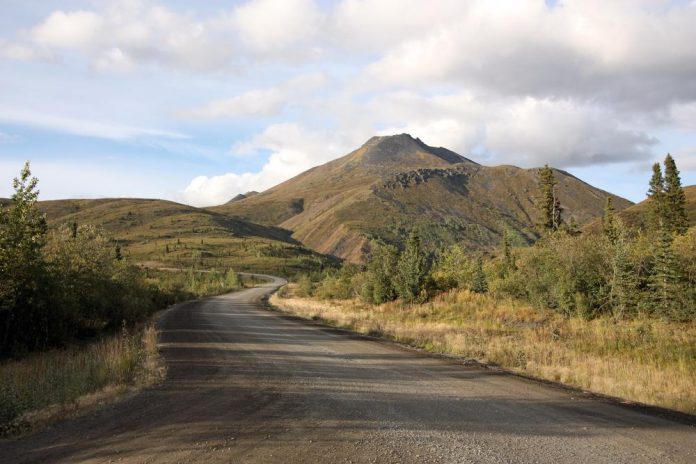 The Legislative Assembly is back in session, with the 1st minority government elected by Yukon people in almost three decades.

Angelique Bernard, the commissioner of Yukon, opened up the throne speech Tuesday by saying that Yukoners have sent a clear message

“that we need to move forward together for the benefit of our territory.”

Without a clear winner following the regional election, the Liberals and NDP struck an alliance, called a confidence and supply agreement. Bernard says it

“embodies the spirit of collaboration.”

The agreement will push forward a range of legislative and policy initiatives, according to Bernard, whereas addressing climate change and protecting the environment.

It will additionally help the liberals pass their budget, and Premier Sandy Silver says it will constitute fresh items to accommodate the NDP.

“I gotta give credit to Kate. Right from the beginning our conversation was, let’s not write an agreement that sets either of us up to fail and I think the spirit and intent of this agreement really bodes well,” he said.

Yukon Party Leader Currie Dixon said the session is just back for 11 days, which he considers to be quite short.

Dixon said this cripples any efforts to bring a critical lens to matters introduced by the Liberal minority government.

“Now, with [Tuesday] concluded, that will mean 10 days for the legislature to consider the throne speech, a $1.8 billion budget and legislation, which we think is unbelieavably inadequate,” he said in a scrum with reporters after the session.

NDP Leader Kate White said sittings have tended to be shorter after elections in yesteryears, and she believes there is enough time to get things squared away.

“The one thing I would say to Currie is he could look at the members on his side who have spoken for an entire 11 days before,” said White.

Dixon additionally said there is not enough time to debate the government’s proposed rent control program, which was not mentioned in Tuesday’s throne speech.

The throne speech was primarily a re-iteration of promises from the Liberal’s campaign, along with some of the NDP’s promises sprinkled throughout.

Here are some highlights:

Bernard says it was due to strong leadership that Yukoners were inoculated way before the rest of the country.

She said COVID-19-related supports will continue “for as long as they are needed,” including the paid the paid sick leave rebate, the Yukon Business Relief Program and tourism sector support.

Likewise, she said “the great Yukon summer” campaign will create incentives for Yukon tourism operators to provide “Yukoner rates” for tourism products and services and help the sector “rebound stronger than ever.”

Bernard said the administration will take “immediate action” to develop a safe drug supply program in the region, along with the creation of a supervised consumption site.

“These innovative programs have been shown to significantly decrease substance related deaths across Canada and will help us reduce the harm caused by these dangerous drugs.”

She additionally reiterated the Liberal campaign promise to fund a rural on the land mental health and substance treatment center, in collaboration with Yukon First Nations governments and the federal government.

Yukon was one of just two jurisdictions in Canada to experience GDP growth last year, Bernard said, adding that the two government is committed to carrying that “economic momentum” forward.

The regional government will additionally continue to work with mining industry partners to ensure that the Yukon has a “flourishing mineral resource sector,” she said.

As well, it will carefully analyze the recently released independent mineral development stratagem, develop legislation and heighten regulatory clarity in partnership with collaborators.

Yukon’s minimum wage will be increased to $15.20 per hour this year, a vow made by the NDP in their campaign platform.

The new government is doubling down on its commitments to combat climate change, including advancing the implementation of the Liberal’s climate change plan – Our Clean Future – and the ambitious promise of reducing greenhouse gas emissions by 45%.

Bernard talked about how the regional government will permanently protect Mclntyre Creek, and finish Yukon’s wetland strategy in the coming year.

Bernard said with the implementation of the Putting People First report in plan, Yukon is on track to become a healthcare leader in the country.

She reiterated the Liberal campaign promise of a fresh secure medical unit at Whitehorse General Hospital, as well as the additional funding for the new universal early childhood education program.

It will also work to offer dental benefits to uninsured Yukon residents, a promise that was the bread and butter of the NDP’s campaign.

Bernard said the territorial government will address the urgent need for increased access to stable and affordable housing across the region.

She said the government will build on the success of opening the first Housing First residence in the North, which offers safe and secure housing in Whitehorse, by opening up a new project in Watson Lake.

Bernard added that the 5th and Rogers land parcel will be developed for affordable units, and will release one thousand new lots across Yukon “in coming years”.

Mayo-Tatchun MLA Jeremy Harper, the party’s one fresh face this time around, was elected as the 26th speaker of the assembly, with support from the official opposition and third party.

Harper, who is a member of Selkirk First Nation and worked in recreation with the First Nation for more than two decades, said the position is a privilege and an honor.

“It is the speaker’s duty to be impartial and to treat all members equally, without favour. This high standard must be met in order to maintain the confidence and respect of the [Legislative] Assembly.”

“I commit today to carry on this tradition,” Harper said.

Bernard ended the session by saying that Yukon residents must move forward together on the road to recovery.

“The nation’s eyes are on the Yukon as we forge our next steps,” she said.