Home Community “We have never been flooded – why is my property included in... 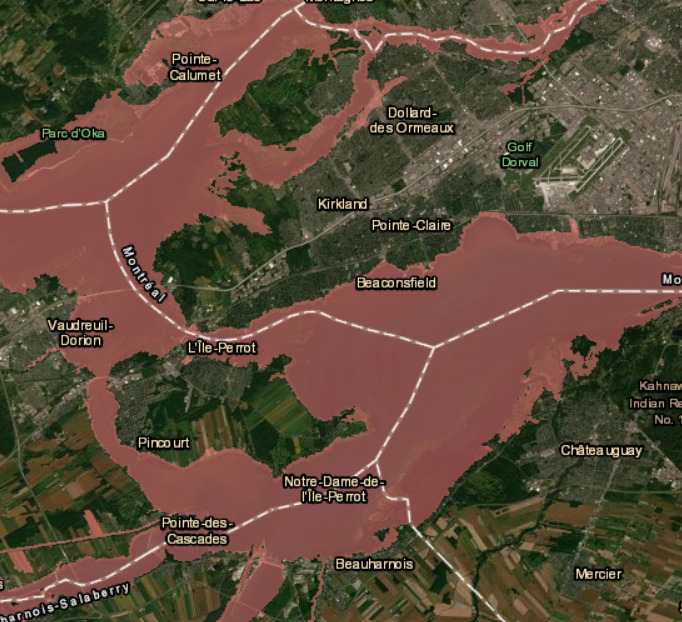 More than 3,000 homes in Quebec were flooded and another 2,300 cut off by floods in the Spring of 2019. Frustration rose high at the meeting held at the Holiday Inn, in Pointe-Claire on July 4th, regarding the interim flood zone map for the Greater Montreal Area, proposed by the Communauté métropolitaine de Montréal (CMM).

Pointe-Claire was one of 23 meetings held across Quebec simultaneously last night. The mandate was to consult with the public for a new updated flood map to be implemented mid-July.

“My house has never had a problem,” worried Myriam, a Beaconsfield resident.”My neighbours either. “We are also not permitted to repair the wall that has been in place since 1990.”

Residents are anxiously awaiting an updated map. Representatives explained that the 0-20 zone will likely be affected over the next 20 years by a flood. The objective of the map is to include all the 0-20 zone and the properties that were affected in the 2017 and 2019 floods only.

“I feel they should be dealing with each home or area on a case by case basis,” Myriam continued. “They have us all in the same basket and it is not right.”

The purpose of the meeting was to consult with West Island population on parametres of the flood zone.

The current map is identified with red zones that demonstrate the most at risk zones. Contention arose from owners of homes that did not get flooded that are included in the red zone, while some that were flooded were out of the red zone. Properties that are within the red zone will be challenged with regards to home insurance resulting in a change in real estate value.

The interim control bylaw aims to categorize the flood zones by using data collected from the 2017 and 2019 floods. Some areas were much better prepared in 2019 as safety and preventive measures were taken. Residents are feeling that the government is focusing more on the map than finding solutions and permanent fixes for the flood zones.

For further information from the CMM visit the CMM

According to the Government of Canada, flooding is Canada’s costliest and most frequent natural disaster, and it can have devastating impacts on people’s homes, businesses and daily lives. In May, the Minister of Public Safety and Emergency Preparedness, the Honourable Ralph Goodale, announced the Government of Canada will provide a $2.5 million grant to the Canadian Red Cross to support flood recovery efforts across Canada.

You may also wish to read: