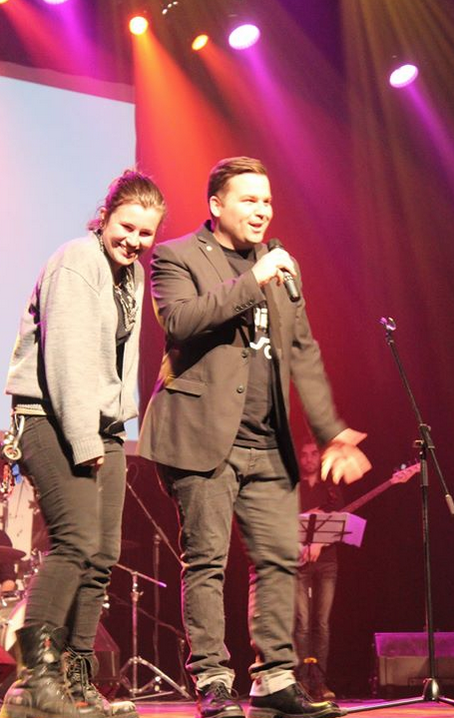 Last Saturday night, more than 30 volunteers put on an amateur talent show, kicking  off volunteer week.  The auditorium at College Beaubois was sold out to those wanting to support the Agence Jeunesse de L’Ouest de L’Îile (AJOI) commitment to struggling youth.

One consistent theme ran throughout the evening, appreciation for the work AJOI does within the West Island community to help our youth.  AJOI staff, volunteers and supporters alike were brought to tears when Carol-Ann told her story of how she was once a troubled and unhappy youth living on the street when she was given a second chance by the AJOI team.  Benoit Langevin was visibly moved by her gratitude as he explained what a privilege it is to be part of AJOI.

There was no shortage of political heavy weights in the audience and on stage showing support for the cause that has grown since it’s inception.  MP Francis Scarpaleggia, MNA for Neligan Martin Coiteux, MP Pierrefonds-Dollard Lysane Blanchette-Lamothe, Mayor of Pierrefonds-Roxboro Jim Beis, Conservative and Liberal candidates for Pierrefonds-Dollard Valerie Assouline and Frank Baylis.

The silent auction, ticket sales and bar raised close to $8,000 for the cause.

AJOI aims to improve the quality of life of young people and break the denial of poverty of the West Island. According to Statistics Canada in 2011on the West Island there more than 50,500 youth aged 10 to 25.  According to the Planification Communautaire 2008 18% of our youth between 0 to 34 years of age live in a sector below the poverty line.