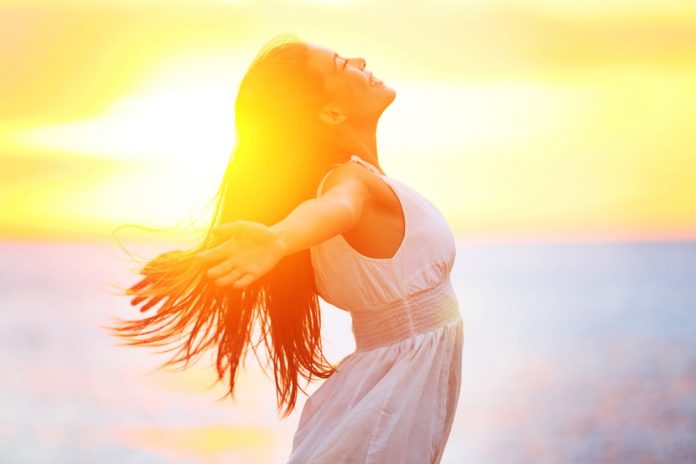 Paige MacLean came through the arrivals door at the Charlottetown Airport on Sunday and ran straight into the arms of her family waiting outside.

It was the first time she had seen them in nearly a year. Back then, when she arrived home from Toronto, she had to isolate for 14 days.

But not this time.

Prince Edward Island removed the requirement on Sunday for fully vaccinated people arriving with a P.E.I Pass from anywhere in Canada.

“Last time I was here they had, like, a countdown sign that said ‘Hugs In …’ and then it was a countdown to 14 days. This time … I just got to run right up and hug my family. So it was really nice.”

MacLean was one of dozens of people who were greeted at the airport by family and friends. Prince Edward Island Premier Dennis King and Chief Public Health Officer Dr. Heather Morrison, who were handing out Food Island gift cards.

King said Sunday is another huge milestone on the journey out of COVID-19.

“Usually if the premier is waiting at the airport, there’s some dignitary coming here, perhaps the Queen herself. And now we’re treating all of these visitors back to P.E.I. like royalty, and rightfully so. It’s been a long stretch. It’s exciting.”

As per the province, 178, 636 people have applied for a P.E.I Pass since they became available in June.

Holly Whittle is one of them. She came in on Sunday to visit her daughter, Morgan Gonidis, a nurse who moved to Summerside from Ontario in May 2020. They had not seen each other in person in over a year now.

“I miss her so much so I’m so happy to see her,” Whittle said. “We did a lot of video chatting, but it’s not the same.”

Whittle, who had never been to the Island before, said she was eager to see her daughter’s new house, and where she works.

Gonidis said she has a week of activities planned – the beach, Anne of Green Gables, Greenwich trail, and plenty of seafood meals.

“I’ve been telling everyone all week,” Gonidis said.

There were many many cars from Ontario and Quebec at the Confederation Bridge on Sunday too.

Mike Ferrier and his wife arrived from Toronto to celebrate their 30th anniversary with a road trip around Atlantic Canada.

He said it was great to have some freedom after living through COVID-19 restrictions in Ontario for many months.

“It feels so good just to be out of the house just to travel is fantastic,” he said. “We’re going to take all day to explore P.E.I. and tomorrow morning we’re on our way to Nova Scotia.”