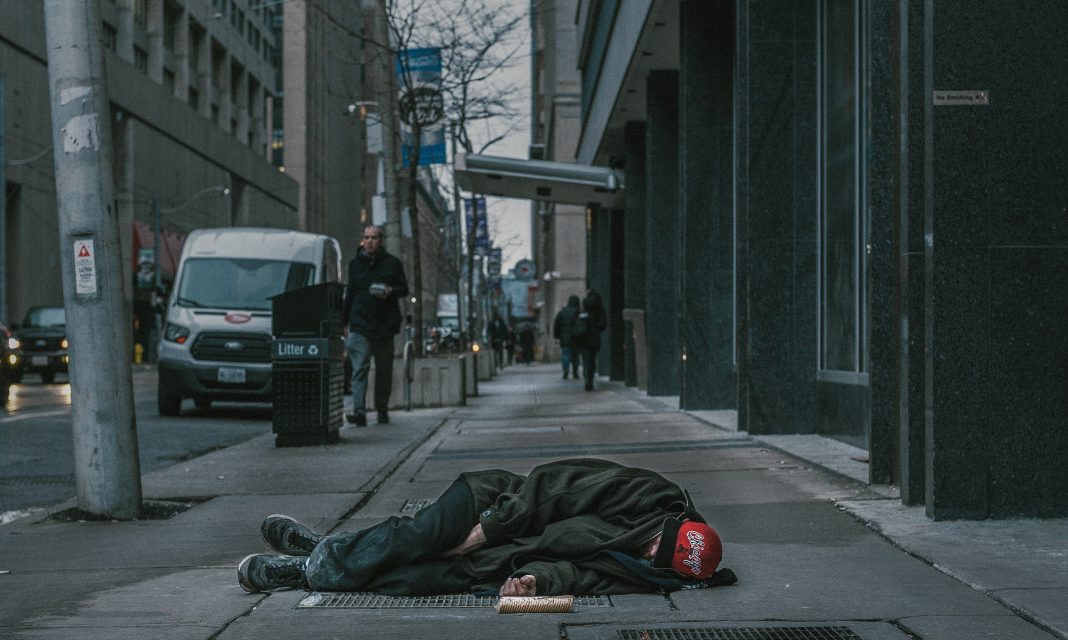 Montréal, April 24th 2020 – “For more than three weeks, Action Jeunesse de l’Ouest-de-l’Île (AJOI) has been calling for the urgent need for chemical toilets with sinks in the West Island of Montreal (WI) in order to meet the needs of people experiencing homelessness in these times of crisis. While chemical toilets with sinks have been installed in the city center and in outlying districts such as Lachine and Hochelaga, the response obtained by AJOI during a crisis meeting this week is a wake- up call: WI is not a priority because there are not enough homeless people.

However, invisible homelessness is a real problem that has been documented for several years by our outreach street workers. The pandemic we are currently experiencing exacerbates the living situations of the most vulnerable people. On average, AJOI receives one call per day from people experiencing homelessness in the WI; an increasing number of vulnerable people are being redirected downtown due to a lack of resources in the WI; AJOI is seeing more and more makeshift camps; many users live in precarious and inhumane conditions in solariums or backyard sheds belonging to their relatives who do not let them into their homes.

The lack of chemical toilets with sinks is a real problem. AJOI outreach street workers are seeing outdoor areas where human excrement is accumulating due to the lack of access to decent toilets as shops and restaurants are closed. Four places in the WI are problematic:

– In Pierrefonds-Roxboro, at the Sunnybrooke train station, near the Community Center, in the park located on the North & West side of the À- ma-Baie neighborhood, near Bois-de-Liesse;

– The Valois tunnel on the South side;

– The underside of the Sainte-Anne-de-Bellevue bridge, near the spiral staircase;

– The North side of the Pine Beach tunnel in Dorval.”

“Homelessness is indeed present in the WI and the fact that it is mostly invisible does not make it less important. People who are homeless should have the right to a minimum level of human dignity, and that means first and foremost a decent place to relieve themselves. Moreover, in the context of a pandemic crisis, having access to a sink to wash one’s hands is a minimum to be provided to these people who are among the most vulnerable to the virus.”

Youth Homelessness is a real in the West Island