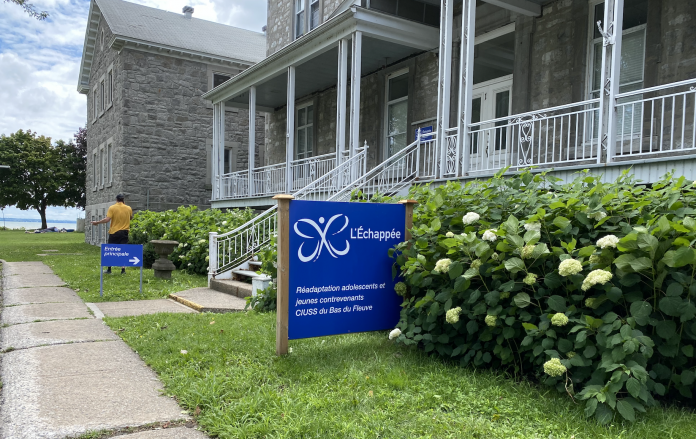 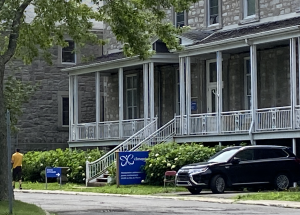 Quebec French TV royalty film portions of the L’Échappée show in the heart of the Pointe-Claire Village near the windmill. This year with COVID-19 wreaked havoc on the industry, and many shows have yet to resume filming. Early this week, filming resumed on the Pointe-Claire set of L’Échapée. Strict social distancing policies were in place for the entire team.

The site of the convent that was originally constructed in 1787, by the Sisters of the Congregation of Notre-Dame.  In 1867, a second building was erected. The famous windmill also belonged to the Sisters.

In recent years the site has been used as a set for L’Échappée their hospital set and police station.  This summer many scenes were filmed outside along the waterfront. Starring in the show are popular French Canadian actors such as Anik Lemay, Rémy Girard and Julie Perreault to name only a few. 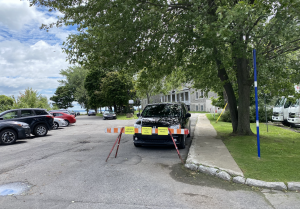 Not Just a Pointe-Claire movie set for L’Échappée

Before the site was used for L’Échapée, The Sisters of the Congregation of Notre-Dame were established in Pointe-Claire in 1787, the year the first convent was built. Located behind the cemetery, between the presbytery and the church built at the time, the convent gave way to a new and more imposing church. An agreement to exchange lands with the parish council allowed the Sisters to gain ownership of the windmill and the pointe. In 1867, their second building was constructed at its current location. 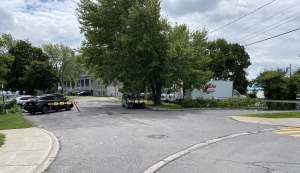 Built using Henri-Maurice Perreault’s plans, the convent owes its sober neoclassical appearance to the work of Octave and Louis Bourgouin. The building, made of uncut stone and includes a basement, a ground floor, a second floor, and an attic. The gable roof features a dormer window and a bell turret in the centre. The interior of the building was completely modernized in 1962 when architect Louis-Napoléon Audet expanded the original convent.

Much like L’Échappée, the beauty of the area attracted the nuns to the area. Drawing inspiration from the architectural style and materials of the original building, particularly fieldstones. Audet added two sections perpendicular to the original building to better meet the needs of the Congregation.

At first, used for educational purposes, the convent recently served as a retirement home for nuns and now a set for local television filming.