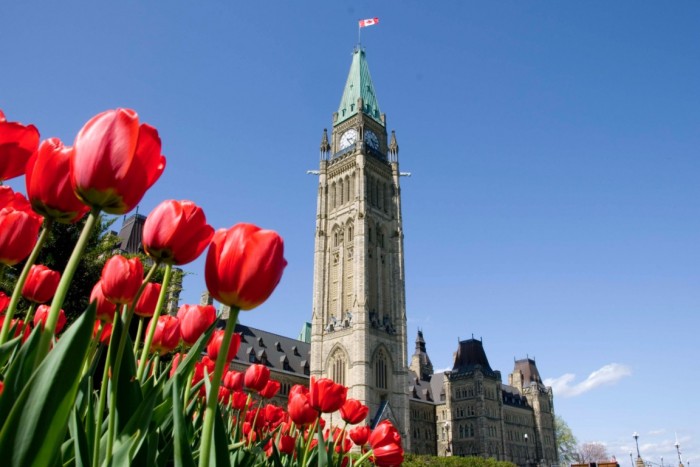 If you have yet to visit Ottawa during the tulip festival, this is the year to do it.  With Canada 150 celebrations underway this festival promises to show off 3 million tulips throughout the capital city.

The festival dates back 65 years when the Dutch Princess Margriet was born in Ottawa during World War II on January 19, 1943. The historic Royal gift of tulips from the Dutch to the Canadians is a symbol of international friendship while preserving the legacy of the role of the Canadian troops in the liberation of Europe. The maternity ward of Ottawa Civic Hospital was declared to be international territory so that she would be born in no country and would inherit only her Dutch citizenship from her mother.

In 1945, the Dutch royal family sent 100,000 tulip bulbs to Ottawa in gratitude for Canadians having sheltered Princess Juliana and her daughters for the preceding three years during the Nazi occupation of the Netherlands, in the Second World War. In 1946, Juliana sent another 20,500 bulbs requesting that a display be created for the hospital, and promised to send 10,000 more bulbs each year.

This flagship festival showcases the Capital’s official flower as a symbol of international friendship hosting tulip art, culinary experiences, entertainment for everyone, restaurant and hotel program participation, breathtaking fireworks set to music, guided tours, vintage military displays paying tribute to our veterans, and the WWII liberation of the Netherlands by Canadian troops; and of course, millions of tulips in bloom all the while respecting the natural, wonderful setting that is our nation’s capital.

This is one of the most popular festivals each year for locals and tourists alike. Crowds gather in parks and walkways to take in the vibrant spectacle of these flowers blooming en masse.

The largest event of its kind in the world will be on display from May 12 to May 20, 2017. For more information and a list of activities visit www.tulipfestival.ca