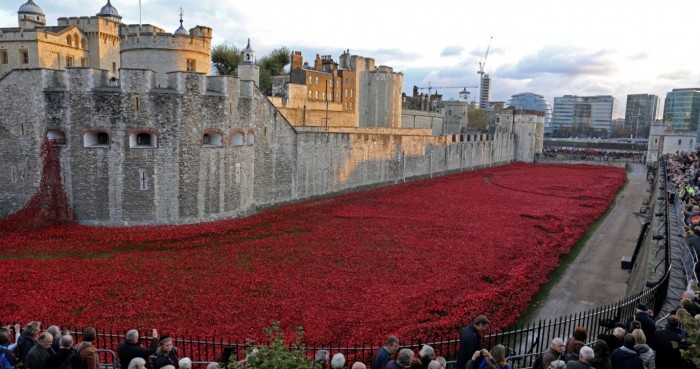 LONDON – One Canadian soldier. One poem. One sea of poppies lives on.

In May 1915, during the Second Battle of Ypres, Major John McCrae witnessed a friend fall in battle.

The Canadian military doctor and artillery commander was asked to conduct the funeral service. It is believed that after the burial, McCrae began writing his famous poem “In Flanders Fields.”

The piece lived on long after this son of Guelph, Ont. laid down his own life in combat less than three years later. It has been quoted, admired, reprinted, translated and parsed ever since.

Today, the sentiment of loss recalled by the humble poppy flower — and McCrae’s poem — is made real by a spectacular installation surrounding the historic Tower of London.

The interest has been nothing short of stunning. 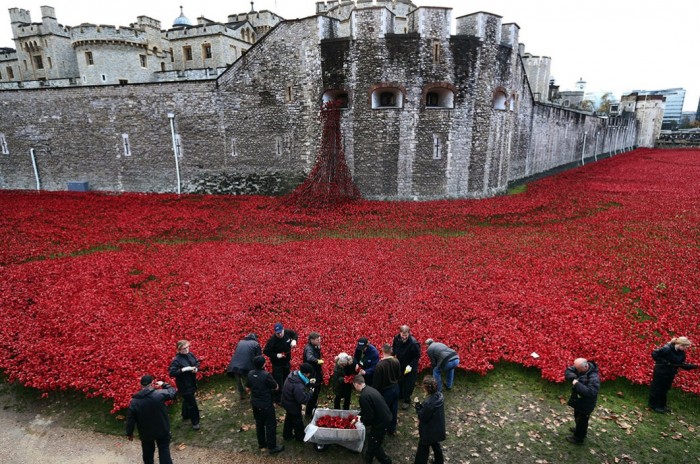 Upwards of four million people have already journeyed to the display. It carries the simple title: “Blood Swept Lands and Seas of Red.”

Last week, the Metropolitan Police asked that visitors postpone their trips because of the daily crush, but in a splendid display of British cussedness, people came anyway.

As they always would. To stand and stare in complete silence.

Each one keen to make this pilgrimage to what is, by any measure, an incredible public mixture of art and reverence for the departed.

The Tower of London poppy field is the result of an idea by British ceramic artist Paul Cummins, who has had a team working on the project since January.

Initially, it was thought that the display would be transient. After Nov. 11, it is scheduled to be broken down.

There is now a call for it to be permanent with a petition launched to that effect due to be presented to the House of Commons when 100,000 signatures are gathered.

London Mayor Boris Johnson is keen to keep the display.

“The poppy field at the Tower is a unique and poignant focus of remembrance in this centenary year,” Johnson told the Evening Standard.

“It has grown rapidly in popularity, to such an extent that it is now a global visitor attraction,” he added.

“I’m keen to explore whether we can keep the exhibition open for longer, to give as many people as possible the chance to see something so incredible, while easing the pressure on numbers.”

Of course, it’s not as if Canada has ever forgotten either the huge sacrifice this country made during the First World War or the contribution to the collective memory made by John McCrae’s simple words.

So much has been said, seen and written about “the war to end all wars,” it’s hard to fathom just why this simple public display above all else has sparked such veneration.

Perhaps, the field of poppies at the Tower of London taps the sense of loss represented by those who fell — not just in the First World War, but all who have made the supreme sacrifice since.