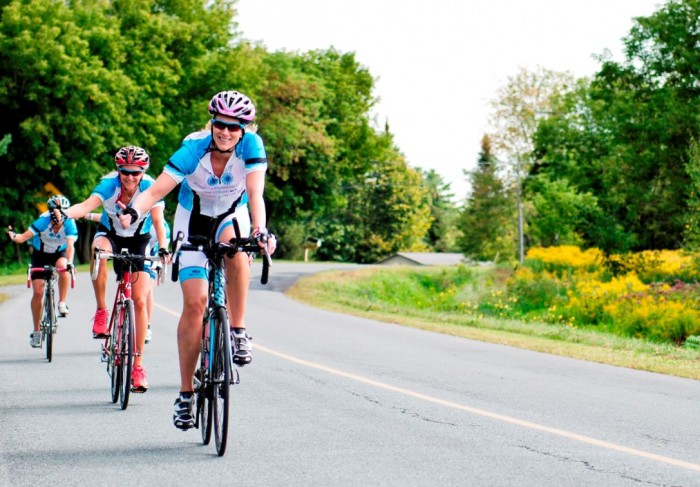 In 2008, six people decided to on a cycling adventure to fight amyotrophic lateral sclerosis. Luc pedaled in memory of his big brother, Pierre, who was 56 when he was diagnosed with ALS;  Dominic, in memory of his father, André Delambre, René Angelil’s right hand man. Their goal was ambitious: to change the world of ALS. “We wanted to make a difference and raise funds to help support families and research.” Nine years have passed, and their group of riders grew fro 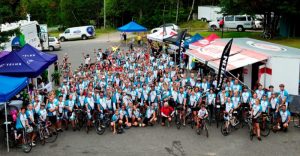 Saint-Lazare resident Chantale Grenon-Nyenhuis will be participating in her second Ride to Fight ALS. “When I found out that Dean Stock, my two youngest boy’s hockey coach, had been diagnosed with the disease, I had to help.” This year, Chantale, her husband and their four sons are getting involved. “I want my kids to understand that we can all make a difference, even if only in a small way.”

Ride to Fight ALS Co-Founders Luc and Dominic are challenging the people of Vaudreuil-Dorion region to join them at the Château Vaudreuil, from August 26 to 28. Avid and amateur cyclists alike will enjoy routes adapted for all levels.

How you can help fight ALS