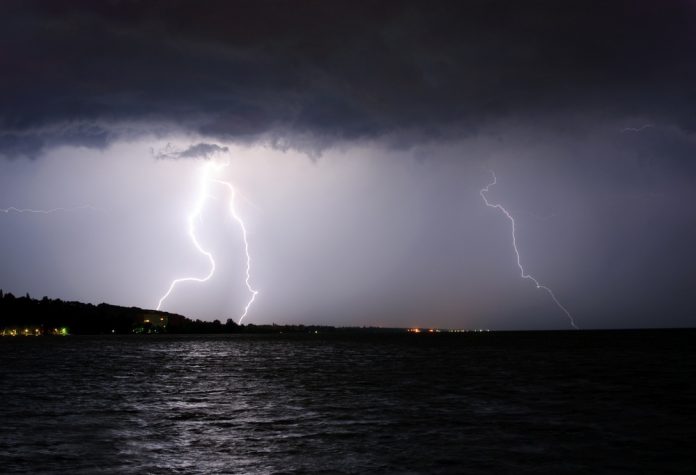 An associate professor at the Atlantic Veterinary College is encouraging pet owners that they are not alone after recent thunderstorms left some pets anxious and their owners seeking solutions.

Dr. Karen Overall, a professor of behaviour medicine at AVC, revealed to Island Morning host Mitch Cormier, “Everybody is having trouble.”

Last week, many people took to social media sharing first-hand accounts of how their pets reacted to the loud claps of thunder and streaks of lightning.

Some recounted animals hiding and others described their animals as shaking and panting.

“People are complaining about either the lightning or the thunder or both and the fear it’s inducing, primarily in their dogs.”

“But I think people don’t realize that when they don’t know where their cat is, their cat is hiding. And very few people have looked at how fearful cats are.”

Overall revealed most dogs tend to be scared of loud noises; however, some are afraid of the flashes of light.

“They don’t eat. They can’t go out for a walk. They won’t go out and when you see these dogs they’re truly all curled up and their eyes are huge,” she noted.

In fact, Overall disclosed some pets shake so much that their muscles tense, which can sometimes lead to lysed blood in the urine.

The relationship between sounds and anxiety in dogs is something Overall stated has been researched for more than 20 years.

“It’s an interesting phenomenon,” she noted.

“We know that there is a genetic component to it, we know it runs in family lines in most cases.”

Overall said different breeds tend to react in different ways according to research.

As for which breeds are most affected she revealed,

“Nobody knows the answer to that question because nobody has a census of all breeds.”

How to help your pet

There are some methods to assist pets in coping with the situation though.

“I want to hear from these people the first time their dogs react to noise. This is a time penetrant condition, meaning it tends to get worse with age.”

“Some of the dogs from some of the lines by two years of age it’s fully pronounced and they’re not going to get worse because they’re horrible already.”

There are also medicines that pets can benefit from or other alternatives like weighted blankets and thunder shirts.

Overall discloses that if you find a safe alternative that works for you and your pet — keep doing it.