As part of celebrating its 100 years, the Canadian Federation of University Women (CFUW) has identified 100 women across Canada to be named as Notable Women. At its recent AGM, Françoise Perreault, Elizabeth Semmelhaack and Renate Sutherland from the Montreal Lakeshore University Women’s Club (MLUWC) were celebrated as CFUW 100 Notable Women.

CFUW is a non-partisan, voluntary, self-funded organization with over 90 CFUW Clubs, located in every province across Canada. Since its founding in 1919, CFUW has been working to improve the status of women and to promote human rights, public education, social justice, and peace.

Every year, CFUW and its Clubs award close to $1 million to women to help them pursue post-secondary studies. This year to celebrate its centenary it has raised an additional $220,000.

CFUW also provides funding for library and creative arts awards. CFUW Clubs provide life-long learning opportunities and fellowship to its members. There are over 100 lecture series, 200 book clubs and 75 issues groups offered by CFUW Clubs. CFUW Clubs are involved in community outreach on such initiatives as working to prevent violence against women, child poverty, early learning and childcare.

“The MLUWC  is very proud of the work we do and the MLUWC exemplifies CFUW goals and values. We congratulate them and know that it is women like them that make a difference in our community. 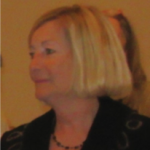 Françoise Perreault has been a member of CFUW for more than twenty years and has served on the executive for more than the past six years. She has worked for youth for 37 years. She helped found a community Suicide Prevention and has been President for 14 years of the West Island Youth Round Table, which brings together thirty groups. She is on the Boards of the Lac-Saint Louis Community Health Centre and of the West Island Volunteer Bureau where she was President for six years. Dynamic and persuasive, she is able to bring together diverse members of the community.

Françoise was selected by the Province of Quebec to sit on the Health and Social Services Commission and represented Quebec on the Canadian Family Services Committee. 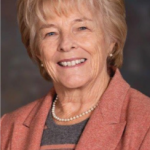 Elizabeth Semmelhaack has been a member of Montreal Lakeshore UWC for 26 years. During this time, she has held many varied positions, including President and Past President. Her involvement with CFUW is not limited to her local Club. She has participated in several Provincial Council meetings, a number of AGMs and two IFUW Triennial Conferences. At the community level, Elizabeth has been President and for many years a member of the executive and of the Pointe-Claire Kinettes. She was instrumental in founding Nova Home Care (formerly VON) and for many years served on the Board. She still supports Nova through fundraising and as a volunteer in the foot clinic. She was on the executive and a Board member at Greenwood Heritage Centre in Hudson. For several years, she was a Board member and volunteer at West Island Palliative Care Centre and at the local library. She is a Board member of Greenwood Centre for Living History and served on the Boards of Beaconsfield Golf Club and the Women’s Auxiliary of Lakeshore General Hospital. Volunteering has been her lifelong favourite hobby. 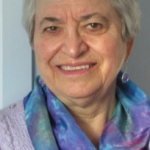 Renate Sutherland, active in CFUW Montreal- Lakeshore for the past 45 years (President 1986-1988), has organized numerous special activities for the Club. She is active in educational associations, church and community. Renate serves on the boards of the Quebec Provincial Association of Retired School Educators (President 2014-2017), the Montreal Council of Women, the Zonta Club of Montreal and the Quebec Federation of Home and School Associations. She chaired the McGill Ecumenical Chaplaincy, a joint venture of the United Church and the Anglican Church. She continues to serve on various committees of the United Church’s Quebec Region and was Chair of the Quebec Presbytery’s Finance and Extension Board. Renate is a retired high school teacher. From 1987-1999 and together with two Montreal CEGEPS, she organized a student exchange program with Hamburg, Germany. She also chaired her sons’ high school parents’ committee. When not travelling, she helps many friends and family with driving, medical appointments, visiting shut-ins, and similar activities.