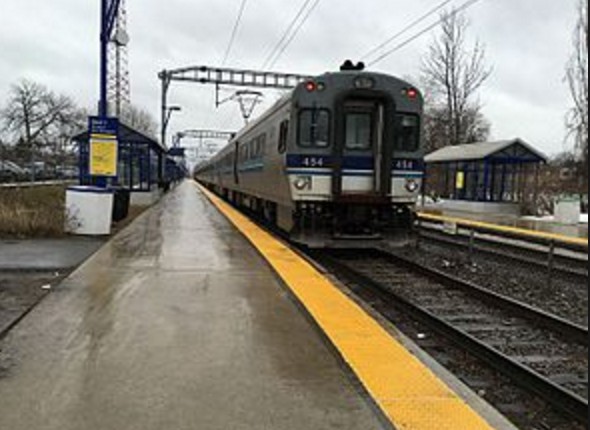 A major operation by the Service de police de la Ville de Montréal (SPVM) was carried out on March 29, in Pierrefonds-Roxboro, specifically at the Sunnybrooke train station based on online threats about an explosive device. The operation resulted in the suspension of the stopping of the Deux-Montagnes train at this station for several hours, as well as the evacuation of some 200 residents of the area.

“It was a credible online threat that the police responded to,” Mayor of  Borough of Pierrefonds-Roxboro, Dimitrios (Jim) Beis said. “I am happy to say everyone is back home safe and sound but it is very unsettling to our residents. It is a perfect example of how social media can cause mass confusion and panic.”

According to Beis the police took care to evacuate anyone in the area before they began their search for the explosives that turned out not to be present.  The investigation is ongoing but the threat has passed.

The verifications and the investigation carried out by the SPVM officers allowed to conclude beyond doubt that the threat was unfounded and that there was no risk to public safety. Around 1: 40 p.m., the area was reopened to traffic and the passage of the commuter train was back to normal. For their part, evacuated residents were allowed to return to their homes.

“I am glad it turned out a to be nothing,” McIntyre said, “ the silver lining is that it was reassuring to see how quickly the police responded, dealt with the train traffic and evacuate the homes. It showed our ability to respond.”

Mayor Beis, went immediately to the scene as soon as he was informed of the situation to meet the police as well as citizens who had been evacuated. Mr. Beis insisted that the safety of residents remains at the heart of his priorities and stressed the excellence of the work done by the SPVM during the operation.