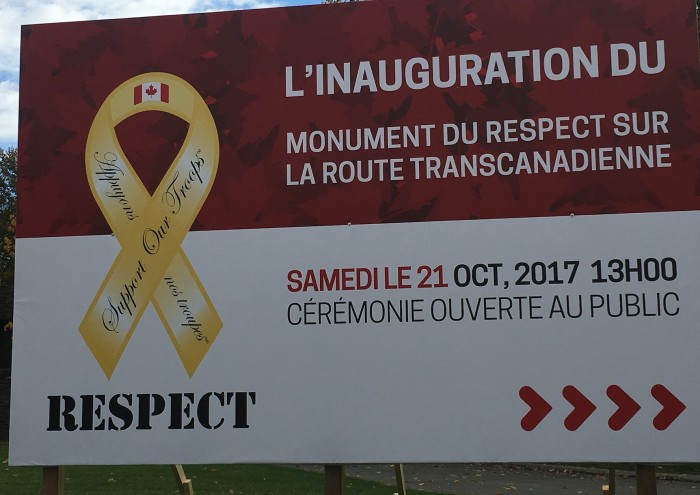 On October 21st, 2017 at 1:00 p.m. The Respect Campaign will inaugurate The Trans Canada Respect Monument on the Trans Canada Highway in Kirkland, Quebec.

The ceremony will be attended by dignitaries, military, supporters, sponsors and citizens. It will take place at the monument grounds, just west of the Task building at 16700 Trans Canada Highway, Kirkland. The public is encouraged to attend and show their support.

The Canadian Grenadier Guards will serve as honor guard for the event, and will be joined by other Regiments participating in the ceremony including The Black Watch (Royal Highland Regiment) of Canada and the 2nd Field Artillery. Honorary Colonel David Hart, MM, CD, a veteran of the Raid on Dieppe in 1942, and Lieutenant Colonel Luc Saint Jean CD a veteran of the Bosnian War and two tours in Afghanistan, will join The Respect Campaign in the ceremonial cutting of the monument’s ribbon. Honorary Colonel Hart is a recipient of the Military Medal for Bravery. He was awarded the medal by King George VI at Buckingham Palace in 1942. Honorary Colonel Hart is the longest-serving Honorary Colonel in the Armed Forces. He celebrated his 100th birthday this past July 10th and is still an active member of the Canadian Armed Forces. Lieutenant Colonel Saint Jean is the commanding officer of Les Fusiliers Mont-Royal.

The monument will serve to create awareness of two very serious issues that our veterans face; Post Traumatic Stress Syndrome and Homelessness among our Veterans. It will honor those who have served, those who are currently serving in our military and those whose pain and suffering has made them a casualty of suicide. The monument will become a Montreal landmark, visible as you approach the city from the west. Parking is limited to the Provigo parking lot west of the monument grounds, and a shuttle bus will be provided to and from. 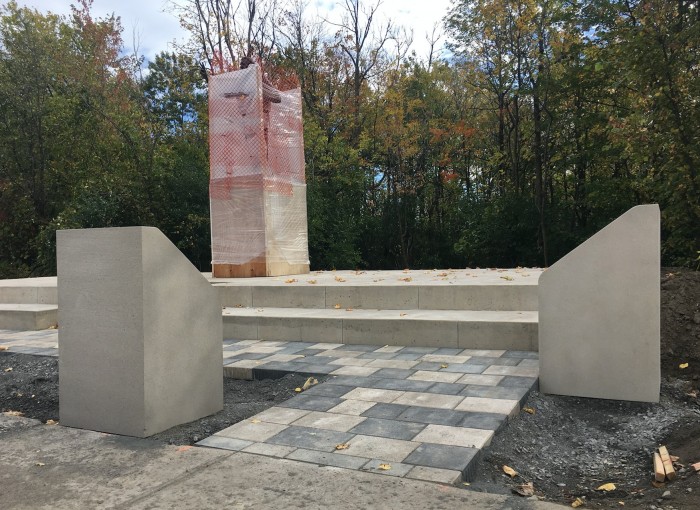