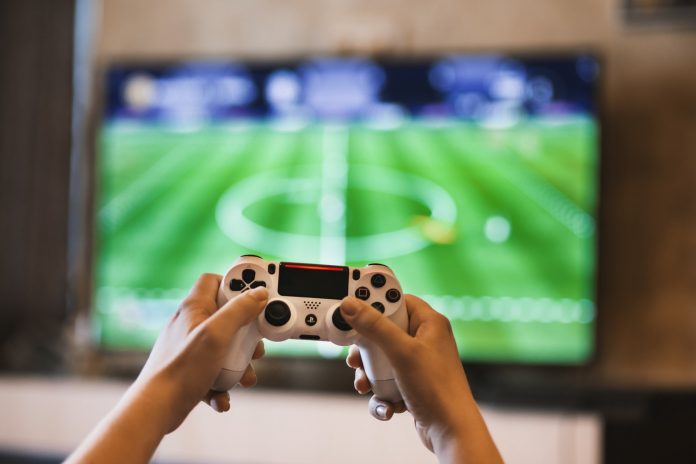 Our world is developing at the speed of light – we are always in a hurry and no longer have time to sit in front of the screen playing console video games. That’s why mobile gaming comes in handy – you can enjoy your favorite games no matter where you are and spend every minute with use.

Once mobile gaming was nothing but a joke. Early games like Fruit Ninja or Snake weren’t taken seriously by professional eSports gamers. However, modern mobile technologies have significantly evolved and are no worse than gaming consoles. Only imagine – gamers have spent $55,8 million in App Store and Google Play Market this Black Friday.

At the moment, mobile games have 33% of all the application downloads, 10% of the time spent in apps, and 74% of consumers’ attention! Mobile games are already as popular as Apple Music or Spotify and give way only to social media when it comes to the time spent.

Giants of the mobile gaming industry

The market of gaming consoles is experiencing not the best times. Even though companies like Nintendo enter new markets more and more players turn to mobile gaming. So whom should we look up to? Let us have a closer look at the leaders of mobile gambling to get a clearer picture of the market and to understand the upcoming trends.

The first market giant we’d like to discuss is Angry Birds. It was launched 10 years ago (on December 11, 2009), only one and a half years after the App Store was introduced. The initial free-to-play version became the most downloaded game in 2010 and already in 2012 Angry Birds became the first mobile game in history to reach 1 billion downloads. And that changed the market forever. For the past seven years, Rovio was greatly challenged by new trends and rules but Angry Birds remain one of the most popular mobile games ever.

The next performer is a market newcomer but surely differs from anything you’ve seen before. Apple Arcade was launched only this fall but has already gained the love of players worldwide. You have a one-month trial and then will need to pay $4,99 per month gaining access to more than 100 games with new titles introduced almost every week.  Here are only some of the games presented at Apple Arcade: The Pathless, Fantasian, Proxi, and Beyond a Steel Sky. Who knows, maybe they’ll even have options for online gambling because blackjack available on mobile phones with easy deposits from services like Instadebit is what many gamblers want to play on the go.

Another market leader is the Call of Duty, which entered the market of mobile games at a break-neck speed. In a single month, it has already reached 100 million mobile users. The market has literally exploded and Call of Duty became the best selling video game in 2019. It was also nominated as the Best Mobile Game of 2019.

The future of mobile gaming

We always keep abreast of the latest market news and tendencies. That’s why we couldn’t pass by the launch of Stadia, a game-streaming service from Google that doesn’t require any hardware. It is already available and will surely occupy its place in the hearts of gamers across the world.

Another change in the mobile world will happen really soon when 5G will be introduced. It’s the fifth wireless networking generation with low latency and a higher speed: up to 100x speed gains compared to 4G! The introduction of 5G will surely create a new innovation wave in the mobile gaming world because higher upload and download speeds will make the process almost instant, attracting even more players to the industry.

We are always in a hurry not to miss a bus, to attend an important business meeting or simply to grab a coffee with a friend. That’s why more and more players choose mobile games over desktop versions and consoles – they no longer have to stay at home glued to the TV or PC screen.

Everything is available on-the-go and considering that very soon 5G will replace the fourth generation, even the largest mobile games will be downloaded in a blink of an eye. We are standing at the forefront of market changes and will surely witness something amazing in the nearest future.