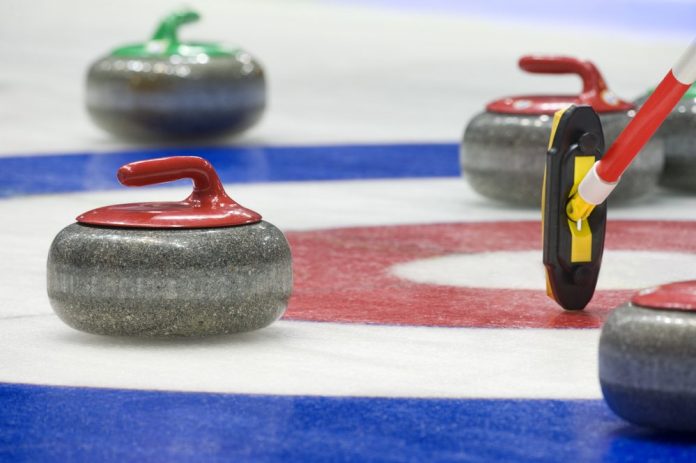 It seems that the Kevin Koe and John Morris role reversal is achieving positive results for Team Wild Card Two.

Team Wild Card Two’s skip continues his winning streak by obliterating Saskatchewan’s Matt Dunstone with a 9-2 win Wednesday. Kevin Koe remains unbeaten at 6-0. His team has made it into the championship round of the Brier.

Once upon a time, Koe played third for Morris when the latter skipped a team from 2003 and 2006, but now, Morris is filling a vice-role for Koe, providing him with advice and valuable help on the ice.

Koe, Morris, B.J. Neufeld and lead Ben Hebert out of Calgary’s Glencoe Club are leading in Pool B at 6-1. They had an unbeaten run until a 9-3 loss to Ontario’s John Epping.

“We’ve had high expectations and they’re definitely not going to get any lower now. It sounds stupid, but the longer you can go without losing the better, especially if you can knock off some of the good teams.”

Years ago, Morris and Koe parted their ways, playing for separate teams. Both players achieved some impressive feats in that time. Morris has won Olympic gold medals in both men’s curling and mixed doubles, while Koe claimed four national men’s championships and a pair of world titles in the meantime. Now, they are both a part of the same team, eyeing the title.

Morris spoke on their cooperation:

“I’ve got a ton of respect for Kevin and everything he’s done. Kev’s the type of player who looks like he gets better with age. He doesn’t say a ton out there. You get the question’ what kind of guy is Kev?’ and to me, he’s just a really good, natural leader. That is one dynamic that kind of change on our team because I was the skip before. I had to kind of be that guy. That was in the early 2000s. Now it’s changed. The bottom line is we just want to win. The team dynamic is wonderful. It’s a seamless fit and feels great to be playing together again.”

Koe’s team was first to book a place in the championship round starting Friday. If they finish as one of the top three teams of the eight competing on Friday, Team Wildcard Two will travel to WinSport’s Markin MacPhail Centre to play Sunday playoffs.