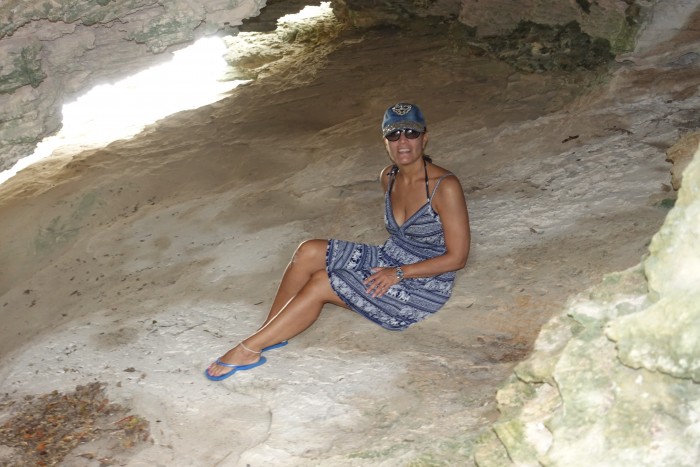 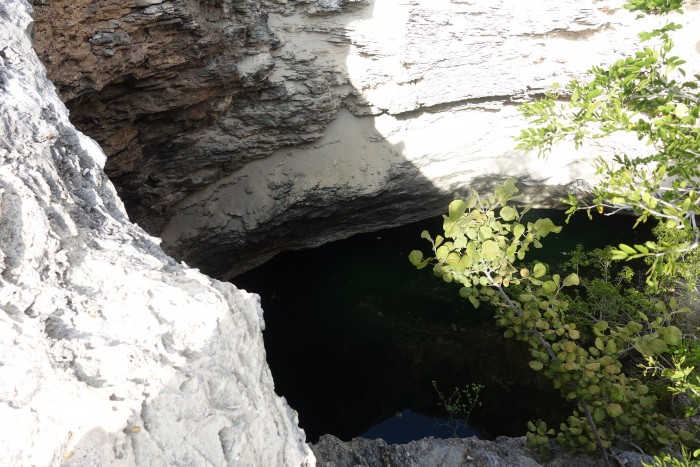 This sinkhole was discovered by road builders when they almost drove their equipment into the massive cavern. The Hole is about 50 feet across and 60 feet down to the water in the bottom.

It is possible that it’s connected to the ocean, as it appears to be tidal. Locals say when it rains enough, you can jump into the hole as the water is deep enough, can’t say as I took the chance. There is small opening a few yards away that leads into the hole as well—this is apparently how you get back out once you’ve jumped in. I climbed down in there and could see the basin of water. Assuming you can get good footing, you could climb out once inside the sinkhole.

Sinkholes are found especially in limestone bedrock, caused by water erosion and providing a route for surface water to disappear underground. The stone around the hole is soft and crumbly, and there are no guardrails, so tread carefully. I just leaned over and that was enough for this timid hiker.
Turn off the Long Bay Highway onto Sea Sage Hill Road, there will be a sign on a telephone pole that says “The Hole”. 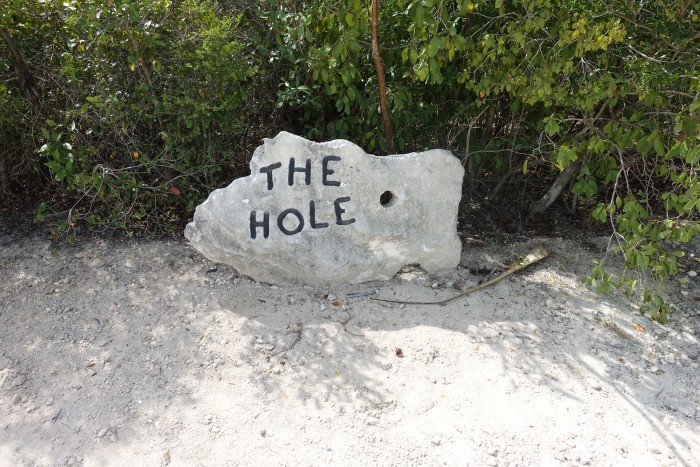