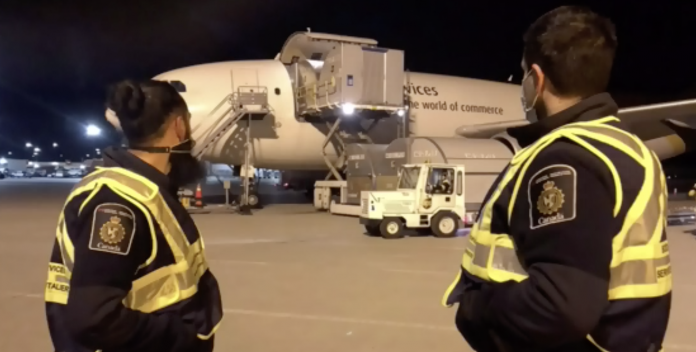 Some of the country’s initial 30,000 doses of the Pfizer-BioNTech vaccines touched down on Sunday night, Prime Minister Justin Trudeau announced on Twitter, sharing a photo of a plane being unloaded.

“This is good news,” he said. “But our fight against COVID-19 is not over. Now more than ever, let’s keep up our vigilance.”

The plane touched down at Mirabel International Airport in Montreal, the local airport authority said, adding that it wouldn’t share any further details. 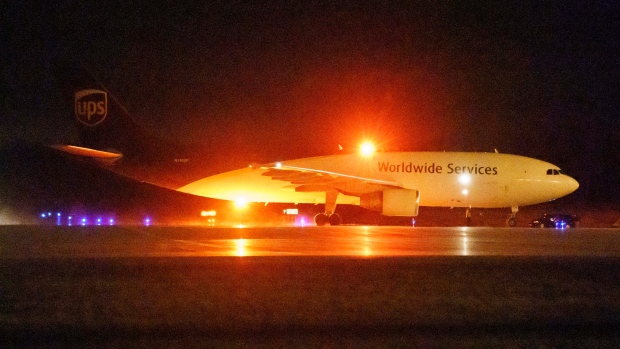 The Pfizer-BioNTech vaccines are bound for 14 distribution sites across the country, across all 10 provinces, and more doses are expected to cross the border on Monday.

Quebec is expected to be the first province to administer the vaccine, saying it’s prepared to start inoculating residents of two long-term care homes as early as Monday.

It’s being hailed as a miracle by Beverly Spanier, a 75-year-old resident of Montreal’s Maimonides Geriatric Centre who is set to be among the first in Canada to receive the vaccine.

“We’re celebrating Hanukkah, which is a time of miracles. It’s absolutely a miracle that we’re about to receive this vaccine so quickly,” Spanier said in an interview Sunday, before the vaccines’ arrival.

Maimonides is one of two long-term care facilities in Quebec that will receive the first doses of the vaccine.

The other is Saint-Antoine in Quebec City, where public health officials said resident Gisele Levesque would be the first to be vaccinated.

In a press release, Levesque’s nieces said she was calm and direct about being No. 1 on the list.

“I was chosen, of course,” she reportedly said.

Levesque moved into the facility just as the pandemic broke out in March.

While it’s unclear what percentage of people will opt to be vaccinated, demand appears to be very high in at least one province. 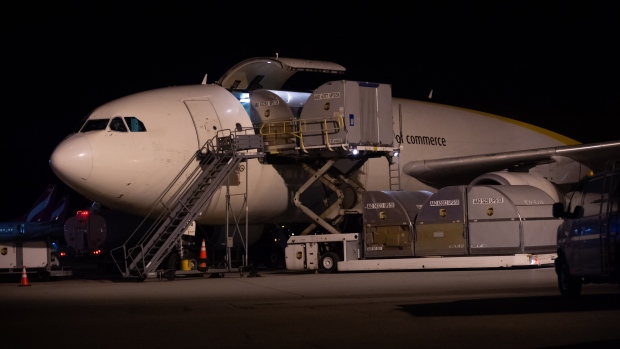 In Manitoba, which reported 273 new COVID-19 cases and seven additional deaths linked to the virus on Sunday, the government said it received over 100,000 calls from people trying to book appointments for the vaccine.

Only 900 spots are available to receive the first doses of the Pfizer-BioNTech vaccine, however, with strict criteria on who is eligible. Half the spots were already filled by Sunday morning, the province said.

The territories, however, have no distribution sites, because health officials say the Pfizer shot’s -70 C storage temperature makes it difficult to stock there.

News of the vaccines’ imminent arrival came as Quebec and Ontario – the provinces with the most COVID-19 cases – reported a combined 3,671 new positive tests and 49 additional deaths linked to the virus.

Francine Dupuis, associate CEO of the Montreal regional health agency, said she expects to receive two boxes each containing 975 doses of the vaccine.

About 90 to 95 percent of eligible Maimonides residents have accepted to take the vaccine, she said. That means around 300 residents could be inoculated.

She said none of the initial doses would be set aside, as more shipments are expected to arrive to ensure people get their required second shot 21 days later.

Lucie Tremblay, the director of nursing for the Montreal regional health agency, said Maimonides was chosen because it is one of the province’s largest long-term care homes and it has a freezer that can store the Pfizer vaccine at extremely low temperatures.

She added that nurses from Montreal’s Jewish General Hospital will be deployed to the facility to help administer the doses and a doctor will also be present.

Tremblay said the goal is to administer all the vaccine within a week of the doses arriving.

“This is a great tool to protect our very vulnerable elderly,” she said. “Knowing that we’re going to be able to vaccinate them reassures me a great deal.”

Spanier said while she is extremely grateful to be receiving the vaccine, she is well aware of the toll COVID-19 has taken on those around her.

“It’s not a time for happy partying because we’re getting this vaccine,” she said on Sunday.

“It’s a time to remember: remember what this means, remember the losses that we had, remember that we want to protect every other person we can protect from getting this disease.”

This report by The Canadian Press was first published Dec. 13, 2020.