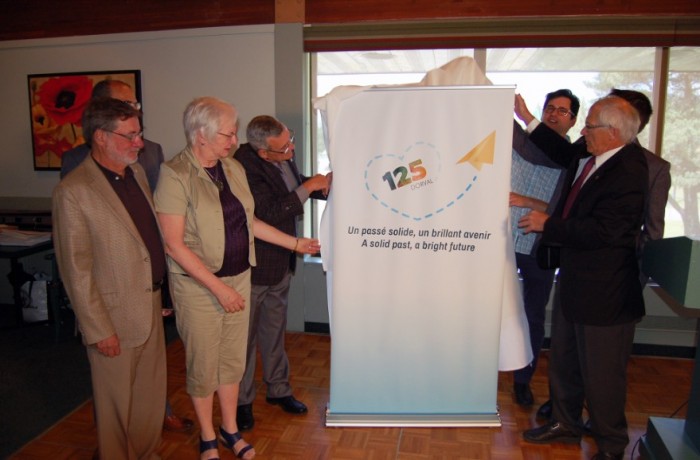 It is with great enthusiasm that the City of Dorval will be celebrating its 125th anniversary next year. At a press conference that took place at Golf Dorval on June 21, 2016, the municipality unveiled the visual identity and outlines of these historic celebrations.

Among the many surprises that Dorval residents can expect in 2017, Mayor Edgar Rouleau announced the presence of none other than Gregory Charles, who will be offering a spectacular show on the evening of June 24, the exact date of the City of Dorval’s 125th anniversary. 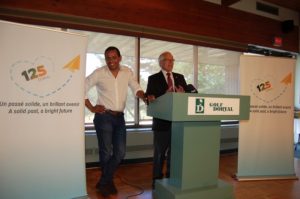 “We have already begun relentlessly working on the programming of our 125th year,” declared the Mayor. “We will be offering our citizens a wide variety of activities, which will make this anniversary most memorable. Of course, being able to count on such a renowned artist as Gregory Charles is the cherry on top! We are very proud of the fact that he will be joining us for our big celebration on June 24.”

In addition to the impressive show featuring Gregory Charles, the list of events and activities, although still basic at this point, is already long: special exhibits at the Dorval Museum and the Cultural Centre, scheduling of various activities at the Dorval Library, a special council meeting, workshops and special activities for youth during spring break, as well as the numerous annual events during which celebrations related to the 125th anniversary of the City of Dorval will be featured (Winter Festival, Environment Day, Dorval Celebrates, Volunteer Night, etc.).

The City of Dorval also invites local associations and its citizens to submit celebration projects related to the 125th anniversary of the municipality. A committee, made up of elected officials, municipal employees, and Dorval residents, was formed in order to evaluate the projects and oversee the celebration preparations.

For all of the details concerning the 125th anniversary of the City of Dorval, please regularly visit www.city.dorval.qc.ca