It was standing room only on November 15, at the Pointe Claire library when icon cartoonist Terry Mosher spoke of politics, sports, cartoons and his journey to being one of the most respected cartoonists in the industry. 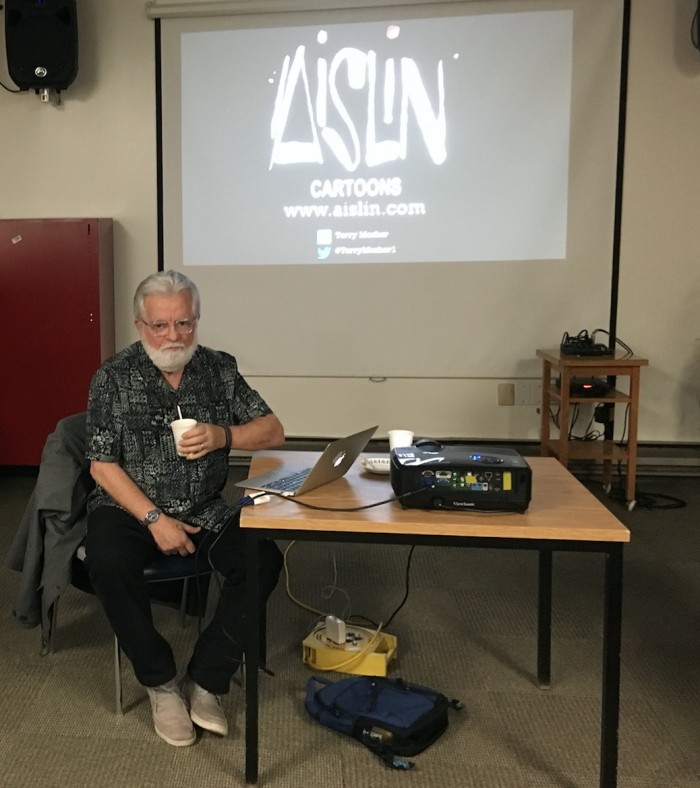 Showing off his newest book From Trudeau to Trudeau, Aislin, 50 years of cartooning, Mosher had the room in stitches as he explained his mindset for many of the cartoons shown in the latest of 49 books he has published. The book focuses on his political humor beginning with Pierre Elliott Trudeau and ending with Justin Trudeau. No political issue or personality was exempt from his humor, he showed his favorites cartoons from Trudeau to Obama, from Marois to Coderre. Even the Queen of England has made her way onto the pages of the Gazette where Mosher has been making us laugh since 1972.

The cartoonist plans on semi-retiring from the Gazette. He will be producing one cartoon per week while he hands the baton over to Boris and the team at the Gazette.

Mosher’s latest publication is available at Chapters and other local bookstores.