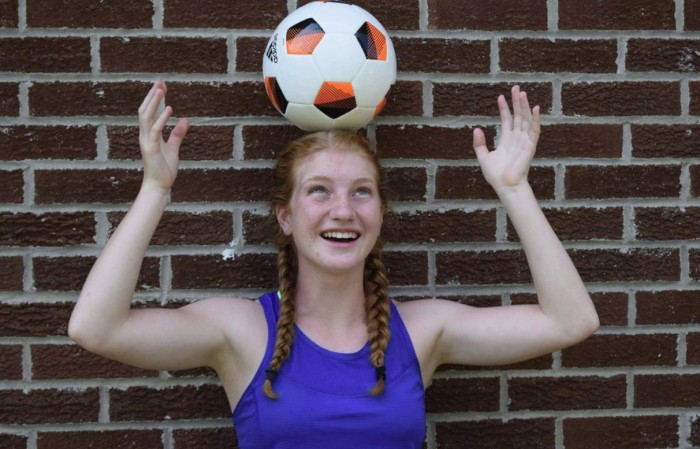 Illnesses that cannot be seen are the most painful. Without any clear evidence, they attack from the inside and consume every ounce of energy from their victims, until they feel powerless.

This invisible disease called mental illness often goes untreated because of a fear to reach out for help. Many people live through mental illnesses without ever knowing what is darkening their lives. There is a negative stigma surrounding mental illnesses that is stopping victims from seeking help.

Carina Loch, a Grade 11 student at St. Thomas High School, is looking to help end the stigma associated with mental illness. With a Personal Project needed to complete her International Baccalaureate Diploma, she decided to turn thoughts into action and host a charity event to raise awareness for mental health.

“[My main goals] are to raise money and to spread awareness about mental health. A lot of my friends have mental health issues, and I want to help end the stigma,” said Loch.

According to the Canadian Mental Health Association, 10-20% teens suffer from a mental illness, while 5% of male and 12% of female youth, have suffered from the disease. Although mental disorders are the second-most common reason for hospitalization of teenagers in Canada, only one in five teens receive proper treatment.

The treatment rate is so low because teens suffering from mental health disorders are afraid to speak out. Loch says that any teen who thinks they have a mental disorder should not keep it bottled up.

“You shouldn’t be afraid of your illness, you should speak out about it and get help.”

Through Head and Hands, a local non-profit organization geared towards bettering both the physical and mental health of Montreal’s youth, Loch is hosting a soccer tournament. Despite a small cost of $8 per person, Loch has some big financial goals for the fundraiser.

The tournament will consist of seven-a-side games, 30 minutes long, and will take place August 14th at Polyvalente des Sources soccer field in DDO. Activities will also take place for players in between games.

For those interested in signing up, links are available through the events Facebook page, Soccer Tournament for Mental Health, or can be found with the following link. https://www.facebook.com/events/1177817685601775/.