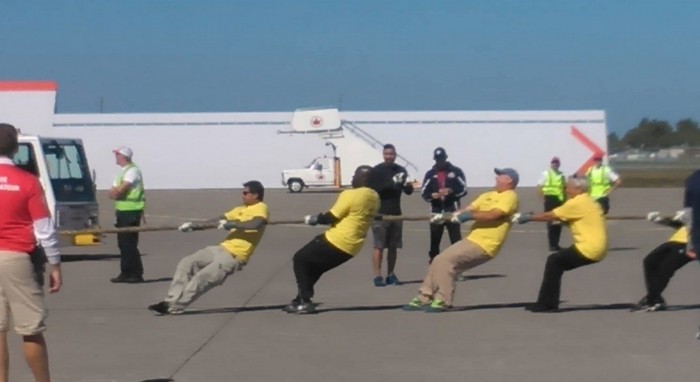 The 767 Challenge, presented Sunday at the Air Canada Base of Montréal-Trudeau Airport has raised $22 500 to benefit Special Olympics Québec.

Organized by the Service de police de la Ville de Montréal (SPVM) in collaboration with Aéroports de Montréal (ADM), Air Canada and the City of Dorval, the plane pull contest brought together over 300 participants grouped in over 20 teams of 15 participants. Nearly a thousand of people showed up to encourage the participants who took part in the challenge for the benefit of Special Olympics Québec athletes living with an intellectual disability.

Special Olympics Ambassador Alexandre Bilodeau and Richard Sévigny from the Montreal Canadiens Alumni’s took up the challenge for the greatest pleasure of the participants.

The contest which consisted in using only brute human strength to pull an airliner over a distance of 3.5 meters in the fastest time ended with three of the participating teams taking home plaques.

“It takes 15 People to pull the plane 12 Feet in 6 seconds,” Ingram explained, “once the resistance is broken within the first few seconds the plane rolls forward,” fourth place team Kiwanis leader, Ken Ingram told the West Island Blog in an interview. 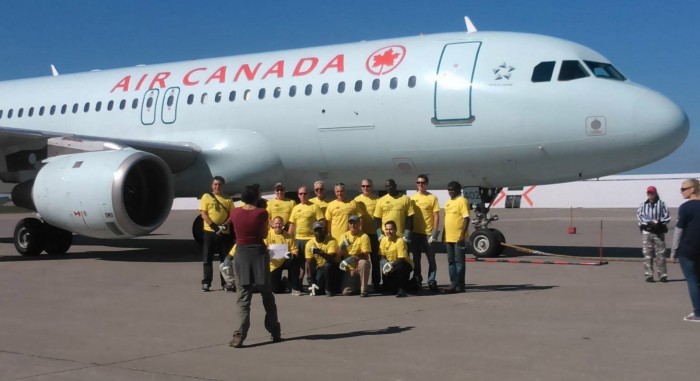