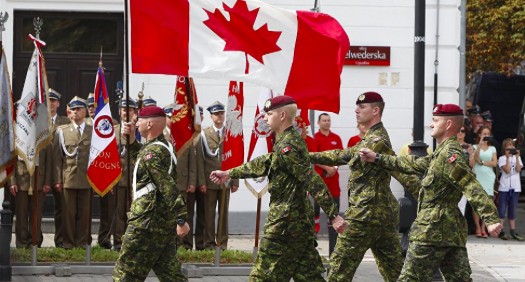 Recognizing the commitment and sacrifice that Canadian Armed Forces members, and their families, make for Canada when a member deploys abroad, Defence Minister Harjit S. Sajjan, Finance Minister Bill Morneau, and Public Safety Minister Ralph Goodale announced on May 18th, 2017  the Government’s intention to exempt the military salaries of all Canadian Armed Forces personnel deployed on named international operations from federal income taxes, up to and including the pay level of Lieutenant-Colonel.

When our women and men in uniform deploy internationally, they and their families make great sacrifices on our behalf. Military families are the strength behind the uniform and we must do more to acknowledge that our people are our most important asset. The Government of Canada will recognize their sacrifices with these important tax relief measures.”

These changes ensure that Canadian Armed Forces personnel and police officers deployed on designated international missions are recognized for their sacrifice and that of their family.