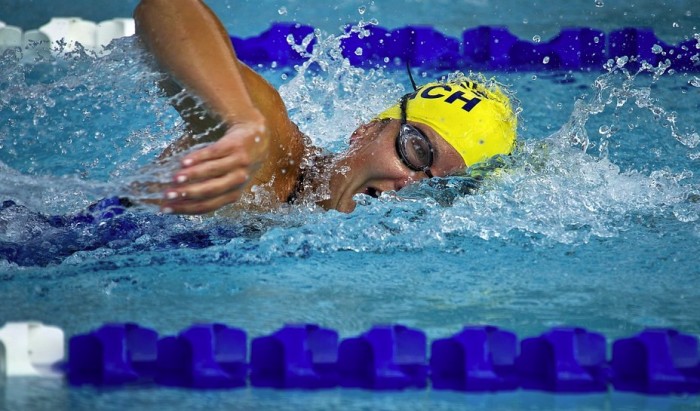 A First in Canadian Swimming!

“We’re proud to see our athletes’ outstanding performances in their sport,” says Mayor Trudeau. “They put so much time and energy into this. They’re always working to improve and go even further.”

At the Age Group Championships (ages 12 to 18), held in Calgary from July 27 to August 1, 36 athletes from the swim club won 32 medals, including 4 gold, 15 silver and 13 bronze. The men finished in first place and the women finished in second place. The team finished first overall.

The Pointe-Claire Swim Club also took first place at the Canadian Senior Championships (ages 15 and up) held in Edmonton from August 4 to 7. The club was represented by 20 athletes who won a total of 8 medals: 3 gold, 3 silver and 2 bronze. Of particular note were performances by Ashley McGregor, who took 4 medals including 2 gold, James Guest, who won a silver medal, and Marie-Laurence Godin, who won a bronze. The Club also took two podium spots for the women’s relay races, with a gold medal for the medley relay and a silver for the freestyle relay.

Martin Gingras, head coach of the Pointe-Claire Swim Club, is proud of his team’s performance and delighted with the results of this year’s competitions.

“These dedicated young people are a source of inspiration for all of our future swimmers,” says the mayor. “We’re encouraging them to keep on pursuing their goals.”