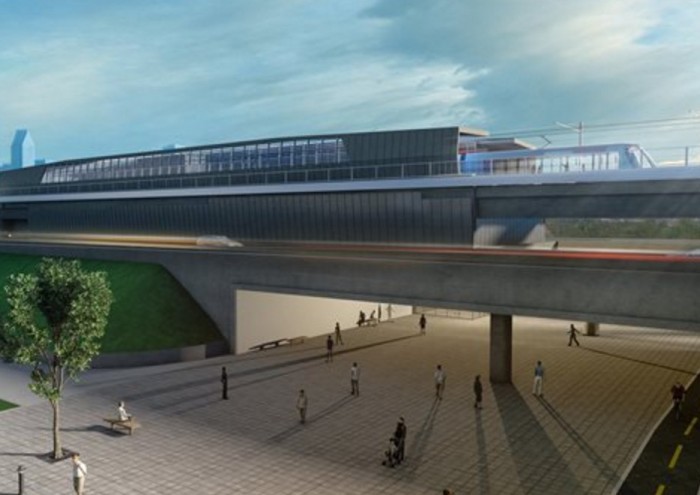 The mayor of the City of Pointe-Claire, Morris Trudeau, stated today that he is in favour of the projected Réseau électrique métropolitain (REM). Appearing before the Bureau d’audiences publiques sur l’environnement (BAPE) in Montreal, Mayor Trudeau also made decision-makers aware of issues related to the Pointe-Claire context and explained the City’s recommendations for the electric rail network.

“The City of Pointe-Claire welcomes the REM project presented by the Infra subsidiary of the Caisse de dépôt et placement du Québec,” says the mayor. “It’s an innovative project that will have a significant positive impact on the greater Montreal area. Based on clean, renewable energy, it will optimize the existing transit network and is in line with the principles of sustainable development to which we subscribe.”

The mayor notes, however, that all public institutions will have to work together to make the project a success in terms of transportation, territory development, sustainable development and finances.

The Pointe-Claire administration’s priority is to provide a high-quality life environment for all. This means that it is crucial to ensure that the REM is seamlessly incorporated into the urban fabric and to optimize connections between collective and active means of transportation. Service must also be maintained on the Vaudreuil-Hudson commuter line: to provide access to all users, the REM must add to, rather than replace, existing services.

In Pointe-Claire, a slight change to the proposed route is needed, and in addition to maintaining the commuter train line, the Jacques-Bizard corridor must be completed and the Saint-Jean and Des Sources interchanges must be improved. As for the Pointe-Claire station, located north of Autoroute 40 and west of Saint-Jean, it will support the development of a future city centre for Pointe-Claire and the West Island.

“The project to create a new, high-quality collective transit network is a good thing for society as a whole, and it needs to be carried out according to principles of social, economic and tax fairness,” says Mayor Trudeau. “We need adequate funding for the REM project, and we also need to maintain our financial capacity.”

The REM: A Key Project for the Greater Montreal Area