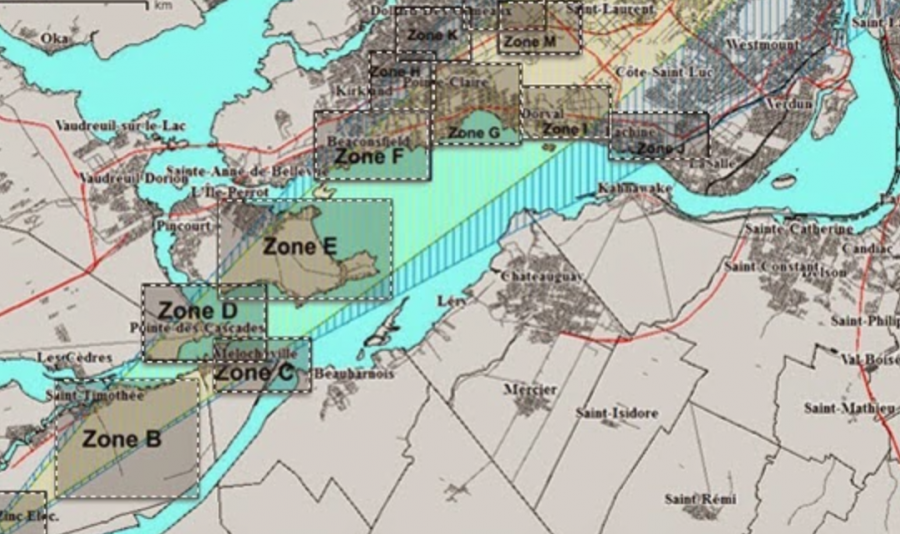 More than a decade after a cloud of toxic sulphur trioxide drifted across Montreal, lawyers have gone to Supreme Court of Canada to seek justice.

Chantal Desjardins, one of the lawyers who filed a class action three years ago on behalf of hundreds of thousands of residents allegedly affected, after a June 9, 2004 explosion rocked a zinc refinery in Valleyfield, Quebec.

Sulphur trioxide gas is usually captured as part of the normal process of zinc smelting, and not released into the atmosphere.

It turns to sulphuric acid when it is inhaled into the lungs, which are moist. Those sulphuric acid molecules are larger than the sulphur trioxide molecules, hence more difficult to exhale.

The lawsuit asked the court to order the company to pay $5,000 each for most individuals who were allegedly affected. It also asked for $10,000 compensation for each person who suffered “an asthma crisis”.

Desjardins told The Suburban that she wants the Supreme Court to overturn a Quebec Court of Appeal court decision that prevents the plaintiffs from going after the companies whom she alleged are the real culprits.

Xstrata, which acquired an ownership stake in the refinery as part of its 25 per cent interest in the Noranda Income Fund, was the object of a $78 billion (£50 billion) merger with giant Swiss mining firm Glencore.

Xstrata has long maintained that the [Valleyfield] zinc refinery is managed and operated by Canadian Electrolytic Zinc Ltd., a wholly owned subsidiary of N-Zinc Limited, which is in turn wholly owned by Xstrata Canada Corporation—a different company.

“Noranda was the real operator and afterward its successor [companies], which is not Glencore,” Desjardins asserted in an interview. “The defendant against the class action named another firm which was not the real operator—because it has no assets. It’s not the real defendant. That was rejected upon appeal and that is what we’re claiming [before the Supreme Court.]”

If the Supreme Court hears the appeal and rules in favour of the plaintiff, the class action lawsuit would then go back to Quebec Superior Court for trial, Desjardins explained.

Michel Gagné, the lawyer defending Glencore and Xstrata in the lawsuit, declined to comment.

“I’m not the official spokesperson for the company,” he told The Suburban.

Gagné promised to get someone from the company to give their side of the story. However, no response was forthcoming before the newspaper went to press.