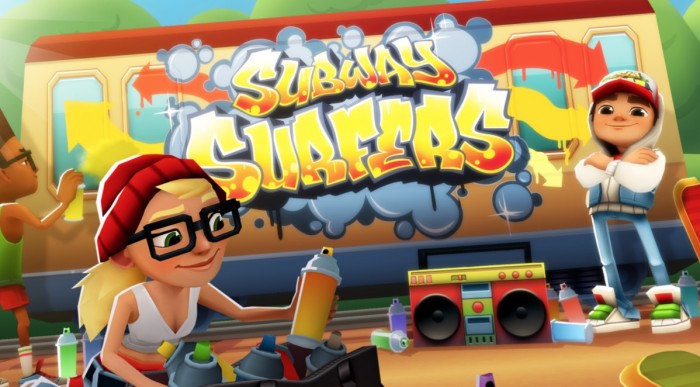 World tour heading to Iceland next…

“Subway Surfers,” the endless runner phenomenon, has been downloaded more than 1 billion times on Google Play. This makes it the first game ever on the platform to reach the prominent milestone.

Initially launched in May 2012 by SYBO and Kiloo, “Subway Surfers” continues to be among the most popular mobile games around the world. Last year the game broke through its all-time annual download record with more than 400 million mostly organic downloads and was the most downloaded game of 2017 across the globe.

“We are thrilled to be the biggest game in the world on the Google Play platform. Surpassing 1 billion downloads is a historic accomplishment. In this case, history was written by a talented team of developers and a fantastic collaboration between SYBO and Kiloo,” says Jacob Møller, Kiloo CEO.

“We have achieved success by combining our strengths at SYBO and Kiloo. The continued growth of the game and brand is our focus, and we are excited about future releases, and the animated short films that are launching later this year. The players will have even more great content to consume.”

In “Subway Surfers,” players take on the role of the graffiti-tagging main protagonist Jake or one of his many friends. They run from the grumpy inspector and his dog through the subway systems of famous cities around the world while collecting coins and dodging oncoming trains.

The “Subway Surfers” World Tour has visited a well-known destination every month. The World Tour has made 79 visits across six continents. Jake and his chasing guard and dog originally appeared in an animated short movie. Now they are joined by new friendly characters in every update, paying tribute to world cultures and diversity.