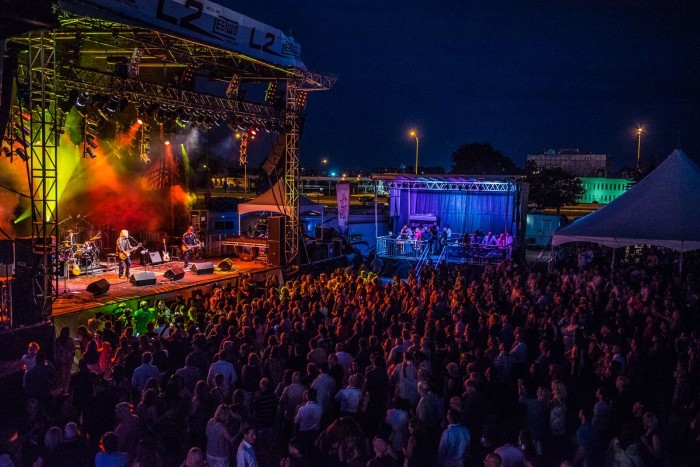 Strangers in the Night Gourmet Gala, Montreal’s largest gourmet gala charity event, is proud to announce that the 13th edition will take place Friday, August 25th, 2017. Headlining the event this year will be world renowned 70 and 80’s supergroup STYX and will feature over 85 restaurants on the grounds of CF Fairview Pointe-Claire.

Proceeds from #SITN2017, will go to the benefit of Cure SMA, the Miriam Foundation and the West Island Women’s Shelter. This year’s gala also extends to August 26th and 27th, to include, Monkland Fest West on August 26th and, KIDSFEST MTL on August 27th making for an entire weekend of fun for all Montrealers and raising funds for three great causes.

Founded by Larry Day in 2004, Strangers in the Night Gourmet Gala’s has raised over 6 million dollars for charities across Montreal. With an army of volunteers, the Strangers in the Night Gourmet Gala team will greet local celebrities and thousands of attendees with the same goals in mind: providing hope for women’s affected by domestic abuse, advancement in finding a cure for spinal muscular atrophy and furthering research on autism.

The fun continues for the whole family on August 26th from 3pm until 1am, with the “FLAVOURS OF MONKLAND” street festival comes to the West Island with more food, drinks and a concert featuring Replay, the Beatles Band, The Soul Brothers and Shane Murphy.

Then on August 27th, KIDSFEST will close the three days of fundraising with The Record Breakers, Sammy Libman, Bringing Back Broadway and lots of entertainment for and by the Youth of Montreal. Kidfest is out to prove that Montreal Kids got talent!!