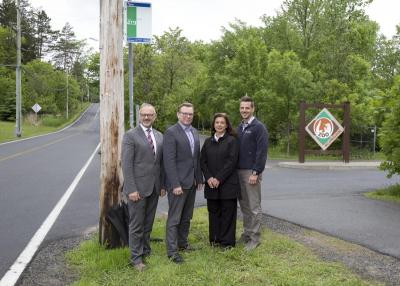 Starting June 19th, the Société de transport de Montréal (STM) STM will increase service on the 419 – Express John-Abbott bus line on weekends (Saturday and Sunday) during the summer season, between 10 a.m. and 3 p.m. This expanded service aims to make the Ecomuseum Zoo more accessible to patrons leaving from Fairview Centre. Also, the 419 bus will travel to MacDonald terminus during that same period to make transfers easier for customers.

This added service will improve our offer of bus service for residents in the west part of the island and make public transit easier and more appealing to reach the Ecomuseum Zoo. STM listened to local stakeholders and cooperated with them to come up with this winning solution. Another tangible example of the shift toward customers taken in 2015, » stated STM board chairman, Philippe Schnobb.

Keep in mind that STM will add 100,000 hours of bus service in 2017. Any improvements and additional service, implemented at the start of each season with daily service adjustments, will be announced as they are rolled out with STM’s territory on the island of Montréal.