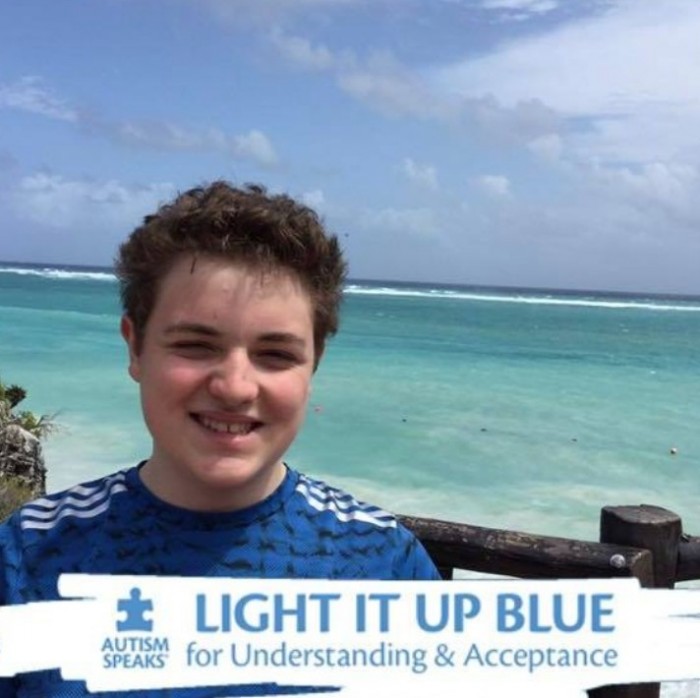 On Friday, September 14, Nemesis Lounge in Pointe Claire Village will be hosting the Palmar Nintendo Switch Tournament at 5:30 p.m. The tournament boasts a variety of Nintendo Switch games inspired by Nintendo World Championships.

“The three finalists will win fabulous prizes,” said tournament organizer Palmar DiMarco. “For my final IB Personal Project at St Thomas High School, I wanted to do a fundraising Nintendo Switch tournament. I grew up a fan of Nintendo and I could think of no better recipient for the funds raised as Proset Autism.”

DiMarco was diagnosed with Autism Spectrum Disorder at a young age, an expressive and receptive speech delay and later with a hearing impairment. He now wears hearing aids. DiMarco is also colour blind for specific colours, namely red, green and some purples. 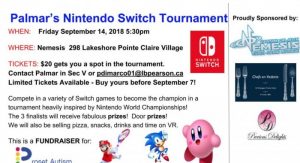 DiMarco chose Proset Autism to benefit from his tournament as a way to give back to the organization that he enjoyed as a child. Proset Autism offers an adapted sports activity to schools and community organizations, who like to excel their Special Needs students into physical activity and learn about a healthy lifestyle.

“I was enrolled as a student at Proset Autism and really enjoyed learning how to play tennis in an adaptive learning environment from Philippe Manning who founded the program in 2010, and his other instructors,” DiMarco said. “They were very patient and kind and allowed all students with differing disabilities to learn at their own pace. I have also volunteered my time as a high school student earning community service hours as Proset Tennis taught younger students. This allowed me to give back and help those students feel the success that I felt when I attended Proset.”